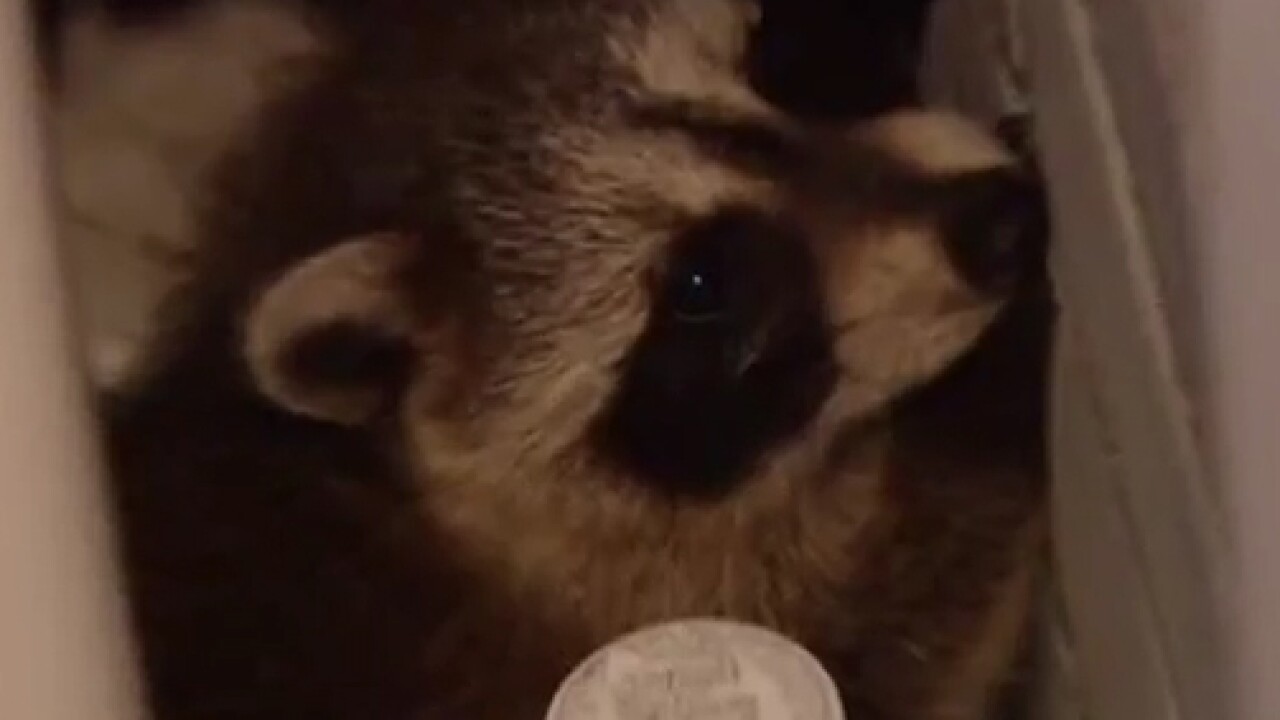 TORONTO (CBC NEWS) –  This isn’t your typical home invasion: it turns out a pair of burglars in Toronto were just after food in the kitchen.

“We heard scratching and that…and water was running,” he said.

He thought he was the victim of a home invasion, and he was, however the invaders were not human. The young intruders were raccoons, hungry raccoons.

After they burrowed their way into Al-Hillal’s house from the attic, they feasted at the kitchen fruit bowl and were less than friendly when Al-Hillal interrupted.

“We were really scared because the mother jumped on us and I didn’t know what to do,” he said.

So he and his wife ran, barricaded themselves in a bedroom and called 911. Al-Hillal threw his keys to police from the balcony and let the cops shoo the raccoons out.

“Once they get inside they can do all kinds of damage, so it’s important if you hear a noise in your attic that you deal with it quickly,” said  Brad Gates with Gates’ Wildlife Control. “Mother raccoons need to have a safe place to raise their young, and it can be anywhere from under a deck, in a chimney, in an attic.”

The homeowners had a hole capped in their roof the day before.