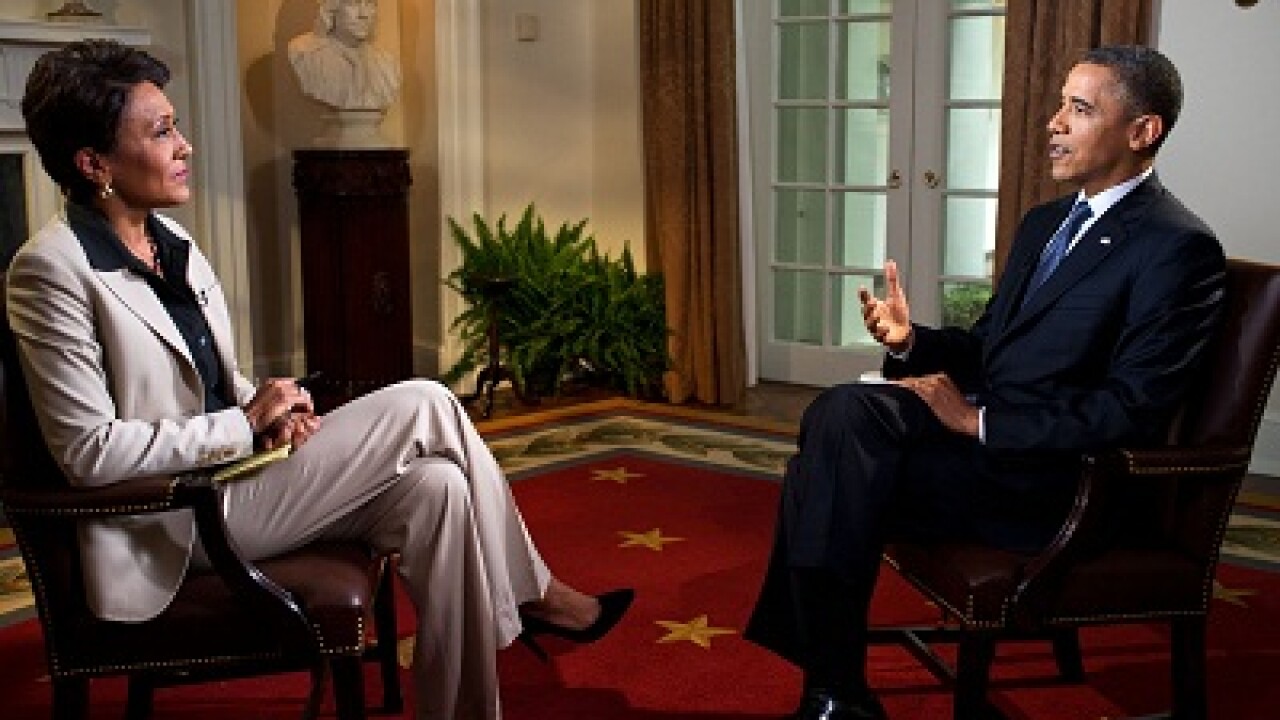 President Barack Obama sits down for an interview with Robin Roberts of ABC’s Good Morning America, in the Cabinet Room of the White House, May 9, 2012. In the interview he expresses his view that gay couples should be allowed to get married.

(CNN) — When President Barack Obama make his first public endorsement of same-sex marriage Wednesday, the political implications were murky — while it clearly helped the president with his liberal base, it was unclear whether moderate supporters and African-Americans would respond positively.

On Friday, the first poll taken after his ABC News interview showed 51% of Americans approved of the decision, compared to 45% who disapproved. The results from the Gallup survey, which was taken May 10, closely mirror recent polling of Americans on the issue of marriage equality.

In a Gallup survey taken May 3-6, 50% of respondents said marriages between same-sex couples should be recognized as legal, compared to 48% who said they should not.

Friday’s results fell mostly along party lines — Democrats overwhelming approved of the announcement, while Republicans largely disapproved. Independents were split: 53% approved of Obama’s endorsement of same-sex marriage, compared to 44% of independents who disapproved.

The poll also questioned Americans on whether they were more or less likely to vote for Obama based on the decision, though respondents were not asked whether they were previously leaning toward the president or his Republican rival Mitt Romney.

Forty percent of Americans said the decision will sway their vote in November. The survey indicated 26% of Americans were less likely to vote for the president because of the decision, and 13% were more likely to cast votes for Obama following his announcement.

Among Americans who identified themselves as independents, 23% said they were less likely to vote for Obama after he supported same-sex marriage, and 11% said they were more likely to cast ballots for the incumbent Democrat in November.

Sixty percent of Americans polled were unchanged in their support of the president after he publicly backed same-sex marriage.

Gallup was quick to mention in releasing their poll that the results reflected very immediate reaction to Obama’s decision, and that Americans’ viewpoints could change as time passes, depending on the attention same-sex marriage garners on the campaign trail.

The poll was taken by telephone from 1,013 adults on May 10. The sampling error was plus or minus 4 percentage points.