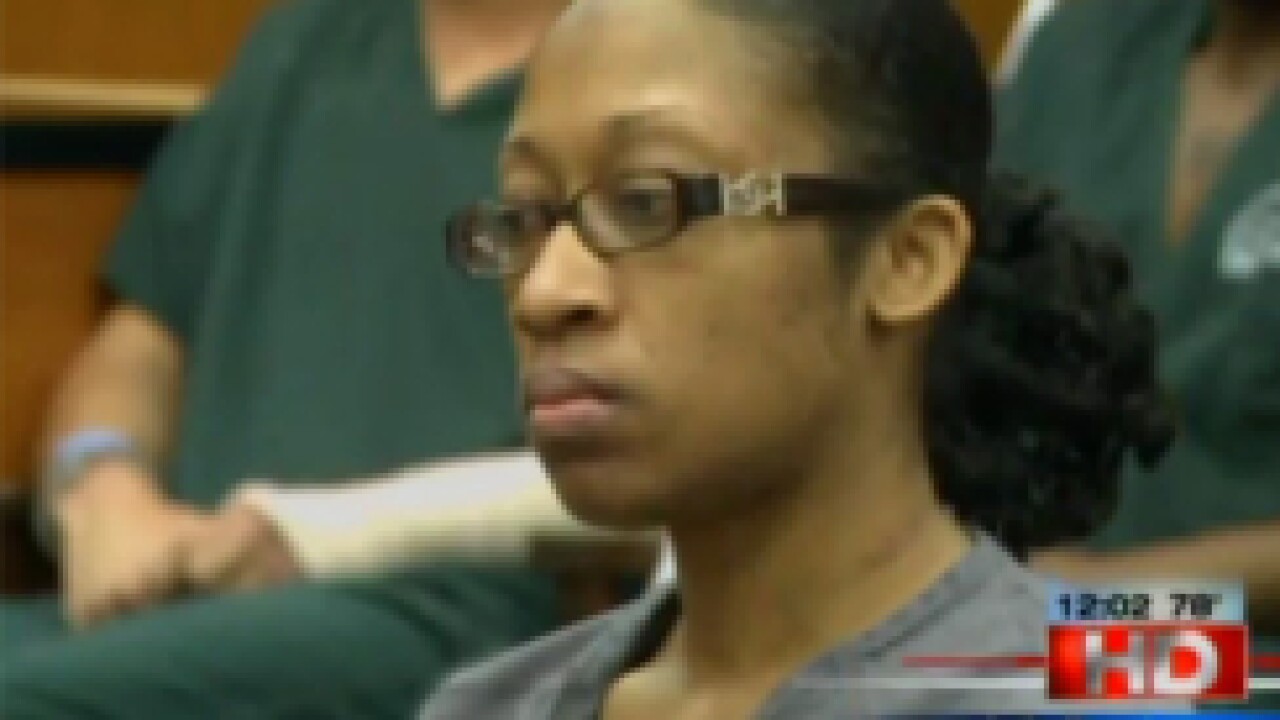 A Florida woman who fired warning shots against her allegedly abusive husband has been sentenced to 20 years in prison.

Marissa Alexander of Jacksonville had said the state’s “Stand Your Ground” law should apply to her because she was defending herself against her allegedly abusive husband when she fired warning shots inside her home in August 2010. She told police it was to escape a brutal beating by her husband, against whom she had already taken out a protective order.

Under Florida’s mandatory minimum sentencing requirements Alexander could receive a lesser sentence, even though she has never been in trouble with the law before. Judge Daniel said the law did not allow for extenuating or mitigating circumstances to reduce the sentence below the 20-year minimum.

“I really was crying in there,” Marissa’s 11-year-old daughter told WETV. “I didn’t want to cry in court, but I just really feel hurt. I don’t think this should have been happening.”

Alexander was convicted of attempted murder after she rejected a plea deal for a three-year prison sentence. She said she did not believe she did anything wrong.

She was recently denied a new trial after appealing to the judge to reconsider her case based on Florida’s controversial “Stand Your Ground” law. The law states that the victim of a crime does not have to attempt to run for safety and can immediately retaliate in self-defense.

Alexander’s attorney said she was clearly defending herself and should not have to spend the next two decades behind bars.

Alexander’s case has drawn support from domestic abuse advocates – and comparison to the case of neighborhood watch volunteer George Zimmerman, who has claimed a “Stand Your Ground” defense in his fatal shooting of Florida teenager Trayvon Martin.