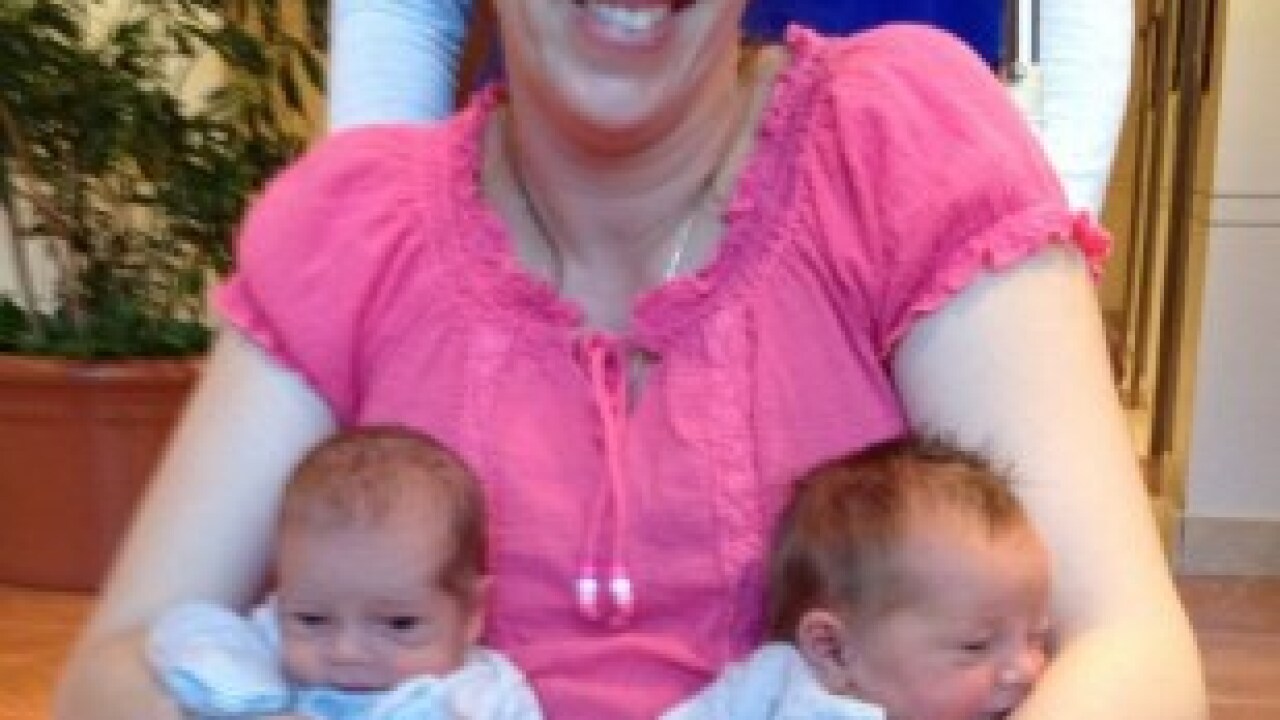 (CNN) — The family of Lana Kuykendall — a mother of three-week-old twins who is battling a rare flesh-eating bacteria — realizes all too well that she “still has a long road ahead” after seven surgeries.

“We don’t know what the next day is going to bring, so we’re just trusting the Lord,” her brother Brian Swaffer said Sunday. “We’re taking it one day at a time.”

Her twins, Ian and Abigail, are being cared for by family and friends as their mother battles necrotizing fasciitis at Greenville Memorial Hospital. Their uncle told reporters from outside the western South Carolina hospital that both babies are “doing great.”

“They are healthy and doing well,” Swaffer said.

They were born May 7 in Atlanta. At that time, Kuykendall was healthy but, a few days later, she went to hospital near her South Carolina home after noticing a rapidly expanding bruise on her leg, her husband Darren, a firefighter, told CNN last week.

Since going to the hospital on May 11, Kuykendall has been “intubated and sedated,” her brother said.

“She does respond sometimes, you can see in her blood pressure. She has opened her eyes a little bit at times,” said Swaffer, who has been going back and forth from his sister’s side to his home in western North Carolina. “But that’s pretty much it.”

Kuykendall’s health is precarious, though Swaffer expressed gratitude Sunday it appears confined to her legs and has not affected her internal organs.

That is unlike Aimee Copeland, a 24-year-old graduate student at the University of West Georgia suffering from the same disease. She has already lost a leg, part of her abdomen, her remaining foot and her hands, according to online posts from her father, Andy Copeland.

Swaffer also gave thanks Sunday for the support that his sister, a paramedic, has gotten from fellow relatives, friends and the community, as well as medical staff.

He pointed to two efforts in particular — one by fellow EMTs called “Loops for Lana,” selling navy blue and green bracelets, as well as a fundraiser ride by the South Carolina chapter of the Knights of the Inferno Firefighters Motorcycle Club — to raise money for Kuykendall and her family.

“So many people in the community have rallied behind her, and we’re so thankful for that,” Swaffer said.

The condition that Kuykendall and Copeland are facing, necrotizing fasciitis, is rare. Dr. William Schaffner, chairman of the Department of Preventive Medicine at the Vanderbilt University Medical Center, estimates that fewer than 250 cases occur each year in the United States, though such estimates are imprecise since doctors do not have to report the cases to health authorities.

Caused by a number of bacteria, the disease attacks and destroys healthy tissue and is fatal about 20% of the time, according to the Centers for Disease Control and Prevention.
The responsible bacteria are common in the environment, though they rarely cause infections. When they do, the body’s immune system is almost always able to fight them off, according to experts.

Occasionally, however, the bacteria find their way into the bloodstream — either through a cut or an abrasion.

In such cases, doctors typically move aggressively to excise even healthy tissue near the infection site in hopes of ensuring none of the dangerous bacteria remain.