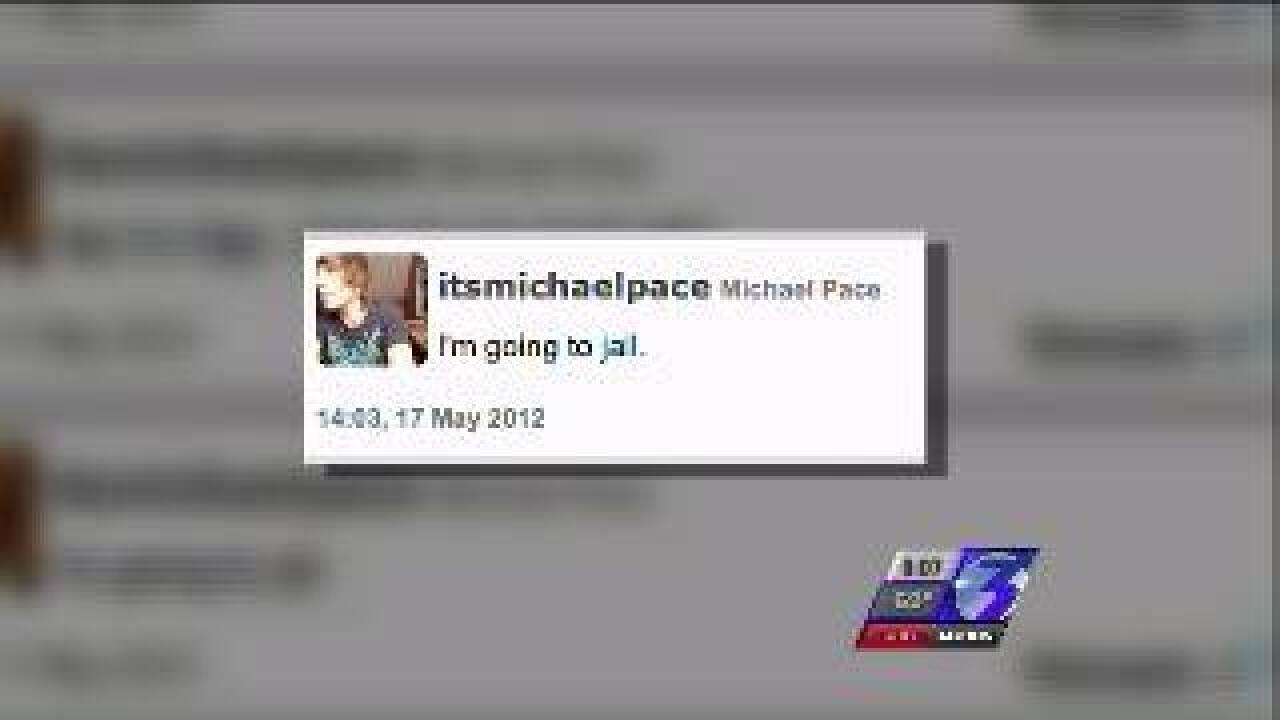 A James City County teen is accused of dealing drugs then tweeting about it while investigators raided his home.

Officers say they found about $25,000 worth of marijuana in the home, as well as a shotgun.

The Jamestown High School student is now facing several felony charges but remains out on bond, tweeting, "Glad I'm not waking up in jail."

NewsChannel 3 obtained most of Pace's tweets including one just two days before the bust: “Homegrown" and "Smokin’ this straight up."

"We treat it like any other form of information or intelligence as it presents.
We value it. In this instance, we will look at the information and see what new [information] we can learn as we prosecute these charges," says Major Steve Rubino of the James City County Police Department.

Glad I'm not waking up in jail!

We reached out to Pace several times at his home and on Twitter and he refused to comment on the charges.

He continues to tweet. The latest stated “I actually wish I was in school."