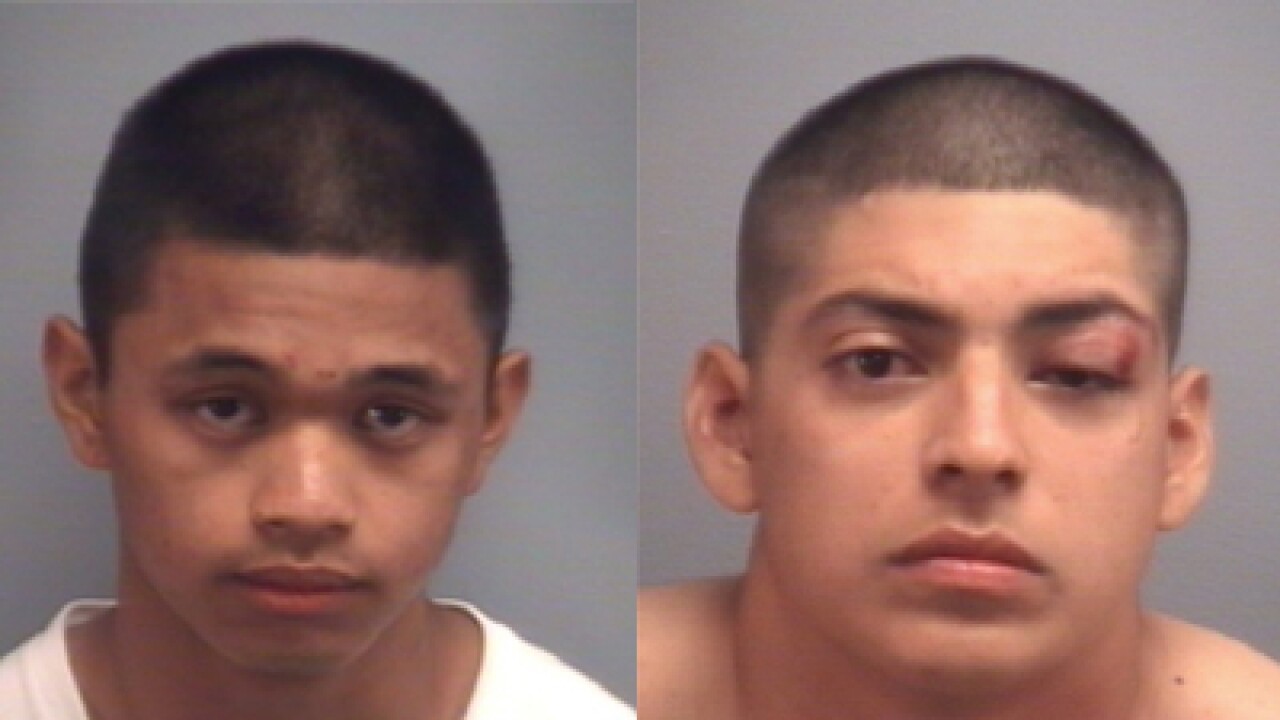 According to police, two men were arrested after a Beach officer was attacked.

The suspects have been identified as 18-year-old Samuel S. Longoria from Texas and Joshua D. Laud, 19, of Pennsylvania. According to Ft. Eustis PAO Vicki Bowker, they are both soldiers in the Army and they live in the barracks on Ft. Eustis. They are both serving in the 128th Aviation Brigade.

Police say someone reported two suspects assaulting a man in a parking lot in the 300 block of 23rd Street. A Second Precinct Officer arrived on the scene first and as he got off of his bicycle, one of the suspects ran away. Police say the second suspect then ran toward the officer and tackled him to the ground and choked him with his own helmet strap. The officer’s bike and helmet were damaged.

The person who was initially being assaulted by the suspects came to the officer’s aid. Police say another citizen also helped the officer.

Both suspects were taken into custody.

The officer received minor injuries but declined medical attention. Another officer was treated for a wrist injury.

More officers arrived on the scene and the suspect was then arrested. The other suspect was captured only a short distance away.

They are now being held in the Virginia Beach Correctional Center without bond.