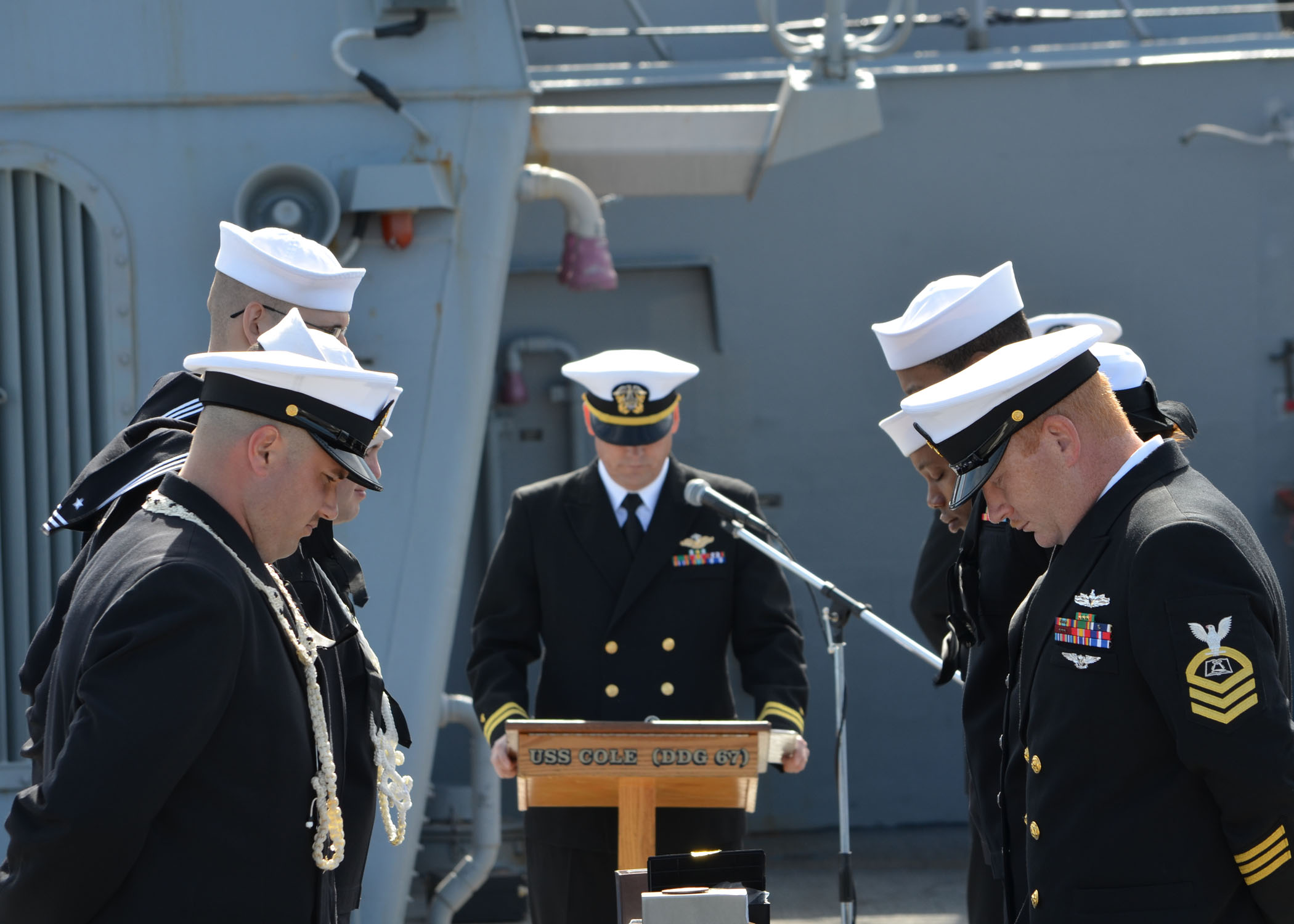 The crew of USS Cole recently held a burial at sea during their transit across the Atlantic Ocean.

The solemn ceremony began with the command “All hands bury the dead” and ended with the traditional 21-gun salute and the playing of “Taps” by bugler Sonar Technician (Surface) Seaman Mark Fenstemaker.

It is seldom necessary to bury members at sea except in time of war. On occasion, naval personnel who die ashore or naval retirees request a burial at sea. Individuals eligible for this program are: active duty members of uniformed services, retirees and veterans who were honorably discharged, U.S. civilian marine personnel of the Military Sealift Command, and dependent family members of active duty personnel, retirees, and veterans of the uniformed services.

The Cole is currently deployed to the U.S. 6th Fleet Area of Responsibility to participate in Ballistic Missile Defense operations