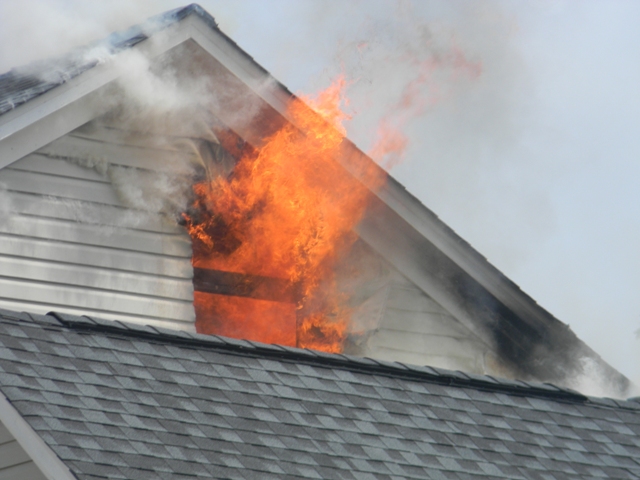 A dog was killed and a home was heavily damaged by a fire this afternoon in James City County.

James City County Fire Department responded to a report of a house fire at 4216 Ambassador Circle at 2:06 p.m. The initial dispatch report was for flames and smoke coming from the house with a dog inside.

A second alarm was requested at 2:14 p.m. A total of three pumper trucks, one ladder truck, two heavy rescue trucks, two ambulances and 32 firefighters were dispatched to the scene. The fire was declared under control at 2:51 p.m. There were no injuries, however the family dog did not survive the blaze.

Damage to the home is severe with heavy fire and smoke damage on the first and second floors and in the attic space. Williamsburg Fire Department and the James City Bruton Volunteer Fire Department provided assistance with units and staff.

The cause of the fire is under investigation by the James City County Fire Marshal’s Office. Units will remain on the scene until early evening.