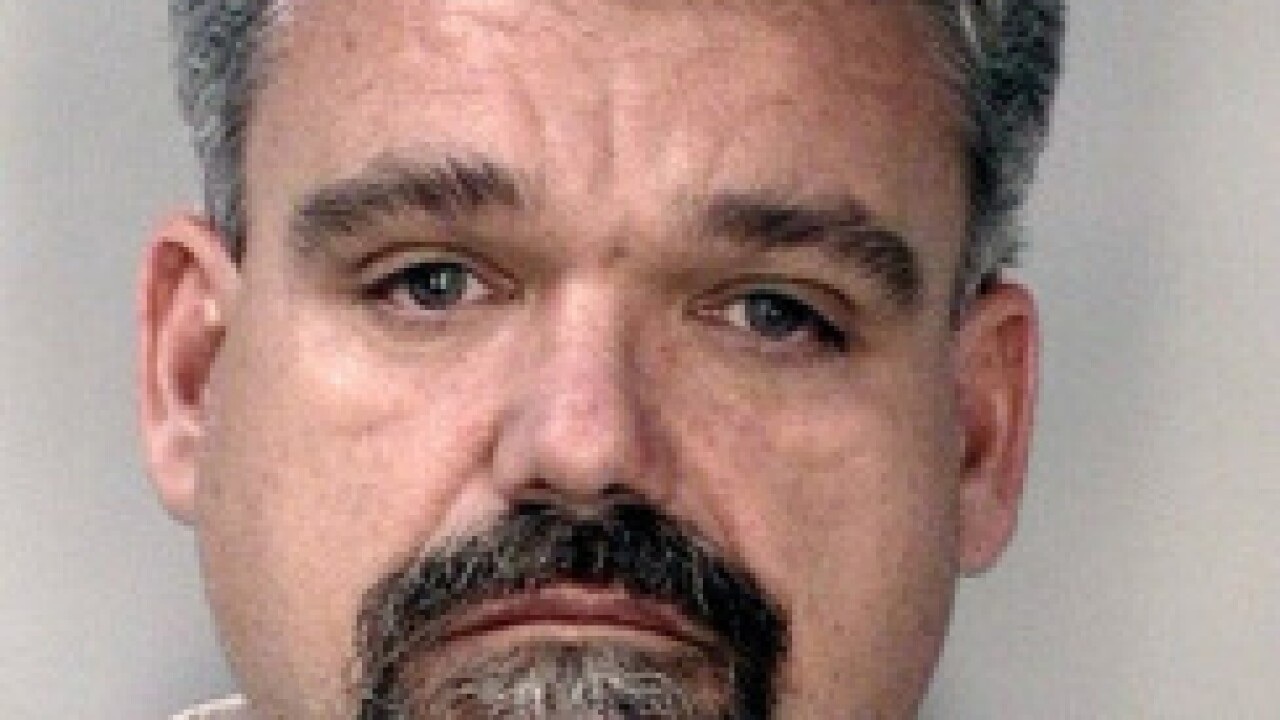 After Anthony Giancola was arrested five years ago for buying crack cocaine at the Tampa Bay-area middle school that he oversaw as principal, he told reporters that he needed to make some changes.

“I need to get my life together, and then maybe from that other people will learn not to, you know, make the mistakes that I’ve made,” Giancola, who lost his job, told WFLA-TV in February 2007.

Now, the 45-year-old Giancola could face the death penalty or life in prison if he is convicted of first-degree murder. A judge denied him bond Saturday, and he was being held at the Pinellas County jail.

Authorities say he went on a drug- or alcohol-induced rampage on Friday, stabbing several people — killing two — before driving his car into a crowded porch and brutally attacking a couple at a motel they ran.

“You’ll be very proud of me, I just killed 10 drug dealers,” Giancola told his mother afterward, according to Pinellas County Sheriff Bob Gualtieri.

The sheriff said Giancola was bloody and “apparently high on drugs, intoxicated.”

Giancola was arrested Friday afternoon. Authorities said there were 11 victims in all, and several are being treated at area hospitals for injuries ranging from minor to life-threatening.

“This is the worst of the worst here, because this does appear to be a random crime at this point,” the sheriff said.

Capt. Sanfield Forseth of the Pinellas Park police said Friday evening that the suspect’s motive is not known, but said of the victims: “These people were not drug dealers” as far as police can tell.

The crime spree began shortly before 10:45 a.m. in Lealman, a small city in Pinellas County, about 20 miles west of Tampa.

That’s when Giancola went to a group home for the hearing impaired and stabbed four people, authorities said. Officials said Justin Lee Vand, 27, died at the scene, and Mary Anne Allis, 59, died at a nearby hospital. Injured were Danielle Whitney Gilbert, 25, and Janice Denise Rhoden, 44. Of the two wounded, one person was reported to be in serious condition. A child who lived there was not home at the time, said neighbors, who were stunned by the day’s events.

“It’s crazy,” said Ken Seidl, 52, who lives down the street from the group home. “There’s always problems in this neighborhood. Drugs, prostitution, but never (anything) this drastic.”

“It appears at this moment, this is all random,” Barreda said.

Shortly afterward, Giancola went to the Kenvins Motel in the nearby city of Pinellas Park, where he attacked the married couple who own the motel with a hammer, police say. Kanu and Indiranden Patel, both 57, were taken to a nearby hospital for treatment. The husband is in critical condition, officials said.

Around 11:30 a.m., investigators believe Giancola pulled up in front of a house in Pinellas Park and asked residents where he could find women. The residents told him to go away, and Giancola drove away angry. He soon returned and crashed his car into their porch, injuring three women and one man, police said. The women were taken to a nearby hospital, but the man refused treatment.

WFLA-TV reported that a witness jotted down the license plate of Giancola’s maroon Ford sedan.

The boy, Kole Price, told The Tampa Bay Times that he was pedaling home after fishing that morning with his grandfather. The boy alleged that after the vehicle hit him, the driver intentionally ran into him again. The car backed up again and the boy hid behind a telephone pole and a Buddhist shrine that had been erected on the roadside.

“I think that guy was a nut job and he was like messed up or something,” the boy told WTVT-TV in Tampa.

The Times reported that Giancola’s mother and sister picked him up as he sat in his idling Ford outside the Egg Platter restaurant. They took him home, but he didn’t stay, so they called deputy sheriffs.

By that time, officers had spoken with victims who were able to communicate and had pieced together the name of the suspect, Barreda said. A police dog tracked Giancola to near a storage facility and that’s where he was arrested.

Giancola was first arrested in 2007. Authorities said he bought $20 of crack cocaine from an undercover police officer during the school day in his office at Van Buren Middle School in Tampa. Giancola eventually pleaded guilty to purchasing crack cocaine, possessing crack cocaine and possessing marijuana. Court records show he was sentenced to a year in jail and three years of probation.

A message left at a telephone listing for Giancola seeking comment from his family wasn’t immediately returned. It wasn’t clear if he had an attorney.