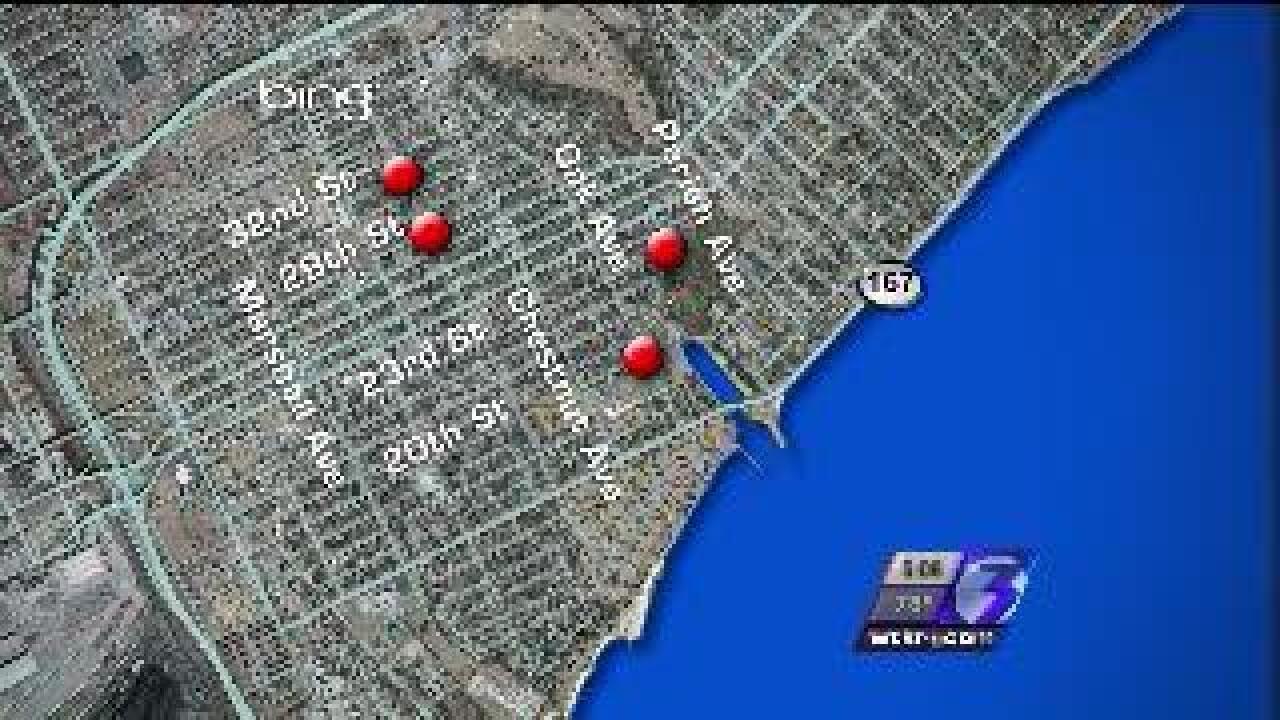 Newport News police are trying to figure out who's behind four different robberies they think are connected.

The first robbery happened just before 11 at 29th and Chestnut Avenue.

Then they moved to 32nd and Chestnut and 23rd and Parish Avenue after that.

The last reported robbery was at 20th and Oak Avenue just before two this morning.

In the robbery on Oak Avenue, a man was shot in the leg but there were no other injuries.

If you know anything about the robberies, call the Crime Line at 1-888-LOCK-U-UP.