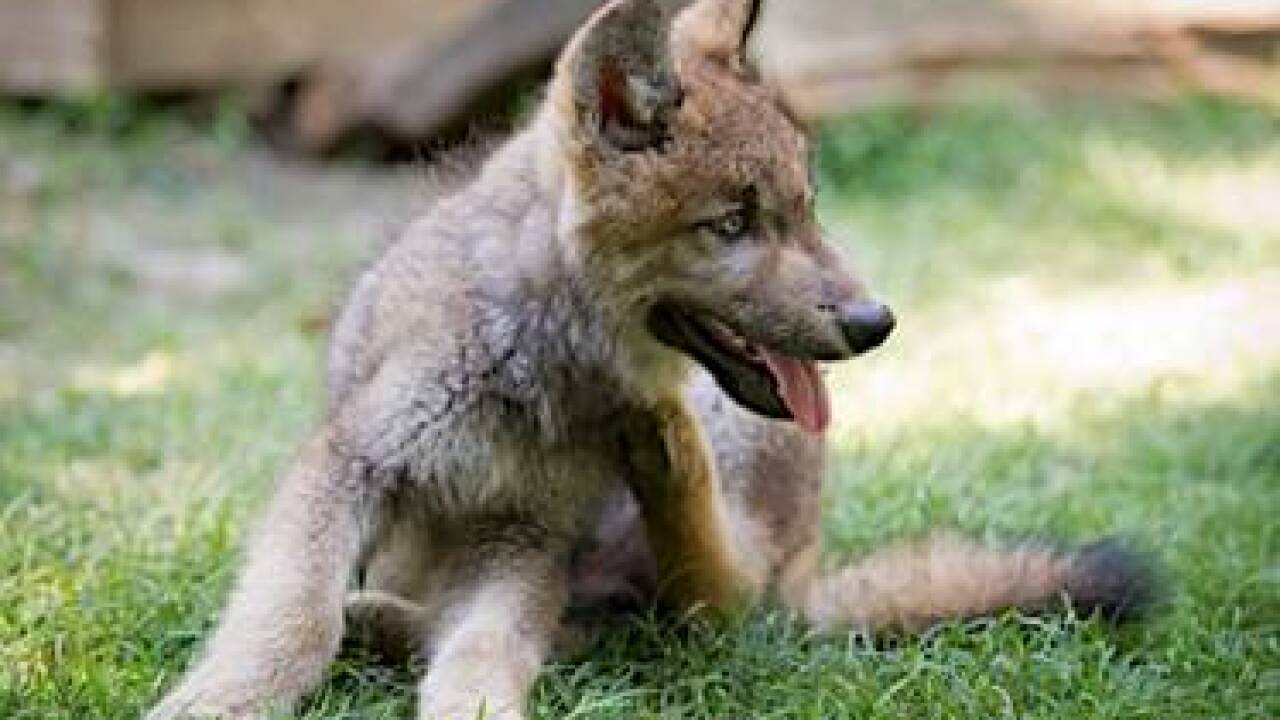 According to park officials, an orphaned Gray wolf pup found wandering along the side of a road in central Idaho now has a new home at Busch Gardens in Williamsburg, Virginia.

Idaho state officials transported the 8-week-old male by airplane to the Newport News/Williamsburg International Airport on June 20. A team of wolf experts from Busch Gardens met the plane at the airport and took custody of the pup.

Nicknamed “Boise” by the park’s zoological team, the pup is slowly being introduced to his new pack mates. He eventually will be part of the park’s animal ambassador team that helps teach the important role wolves play in the wild.

Officials say Boise will continue to acclimate to his pack mates and will eventually be introduced to park guests once the zoological team determines he is ready.

Boise’s journey starts near the resort town of Ketchum, Idaho. The orphaned wolf was found in May by a group of campers who mistakenly believed he was a lost or abandoned domestic puppy.

The campers contacted a local veterinarian who, in turn, contacted Idaho Fish and Game. State officials, along with a local zoo, assumed the care of the pup and confirmed via DNA testing that the pup was a Gray wolf.

After unsuccessful attempts to locate the pup’s pack, Idaho officials began looking for a suitable home for the rescued animal.

Idaho Fish and Game along with the host zoo, Zoo Boise, selected Busch Gardens Virginia as Boise’s new home based on the park’s extensive experience with wolf training, husbandry and education programs. The Williamsburg theme park is home to 10 wolves split into three packs, including two 6-week-old pups the park recently acquired from a private breeder in Montana.

“Because of our 12-year experience with wolves and the fact that we already had two wolf pups at the park played a major role in the decision by Idaho state officials to choose Busch Gardens for the pup’s new home,” said Jay Tacey, zoological manager for Busch Gardens.

Tacey said Boise immediately took to his new pack, which consists of the two 6-week old pups and a German short-haired pointer named Mia who is serving as their surrogate mother.

“The young pack mates are getting along and adjusting very well,” Tacey said. “They are playing and discovering their new home.”

Eventually Boise and the two yet-to-be-named pups will be introduced to one of Busch Gardens’ three mature wolf packs. Until then, Mia, the surrogate mother, has taken on the role of pack leader and is ensuring the pups remain submissive until they are transitioned into the larger pack with an already established pack hierarchy.

Once integrated into the pack, Boise and his young pack mates will help teach the public about the important role wolves and other apex predators play in the wild. Daily stage productions and interactive training opportunities let Busch Gardens’ guests experience the power and agility of these animals while they learn about the company’s wildlife conservation efforts and ways they can help.

Several public and private organizations in Virginia and Idaho worked together over the past several weeks to ensure Boise found a good home.

“Boise has been given a second chance at life thanks to the leadership and support of Idaho Fish and Game, Zoo Boise and the Virginia Department of Game and Inland Fisheries,” Tacey said.