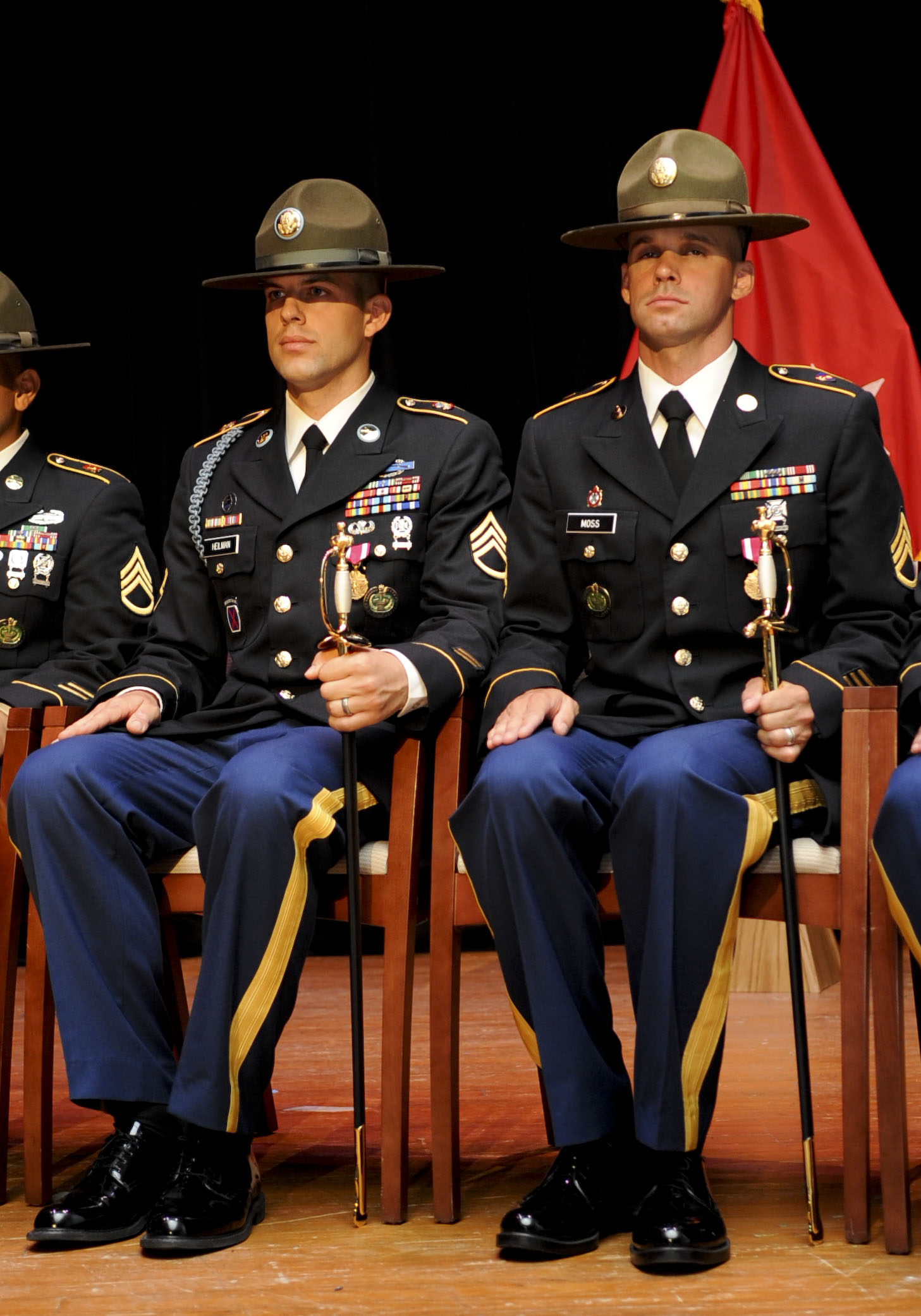 The competitors endured physical and mental challenges during a four-day competition, June 25-28, which tested their knowledge of Warrior Tasks and Battle Drills and their ability to teach these tasks to new Soldiers. The selection process concluded with each drill sergeant appearing before a board of command sergeants major to evaluate their knowledge of leadership and drill sergeant training tasks.

The active Army Drill Sergeant of the Year will receive the Stephen Ailes Award, initiated in 1969 and named for the Secretary of the Army from 1964 to 1965 who was instrumental in originating the first Drill Sergeant School at Fort Leonard Wood, Mo. The Army Reserve winner will receive the Ralph Haines Jr. Award, named for the commander of the Continental Army Command (forerunner of TRADOC) from 1970 to 1972. The awards will be presented in a special ceremony in Washington at a later date.

Drill sergeants are the cornerstone of Army readiness, entrusted with the task of preparing new Soldiers to fight and win our nation’s wars. The skill of producing quality Soldiers demands that only the Army’s best and brightest can serve as drill sergeants. Approximately 2,000 drill sergeants train 160,000 new Soldiers each year.