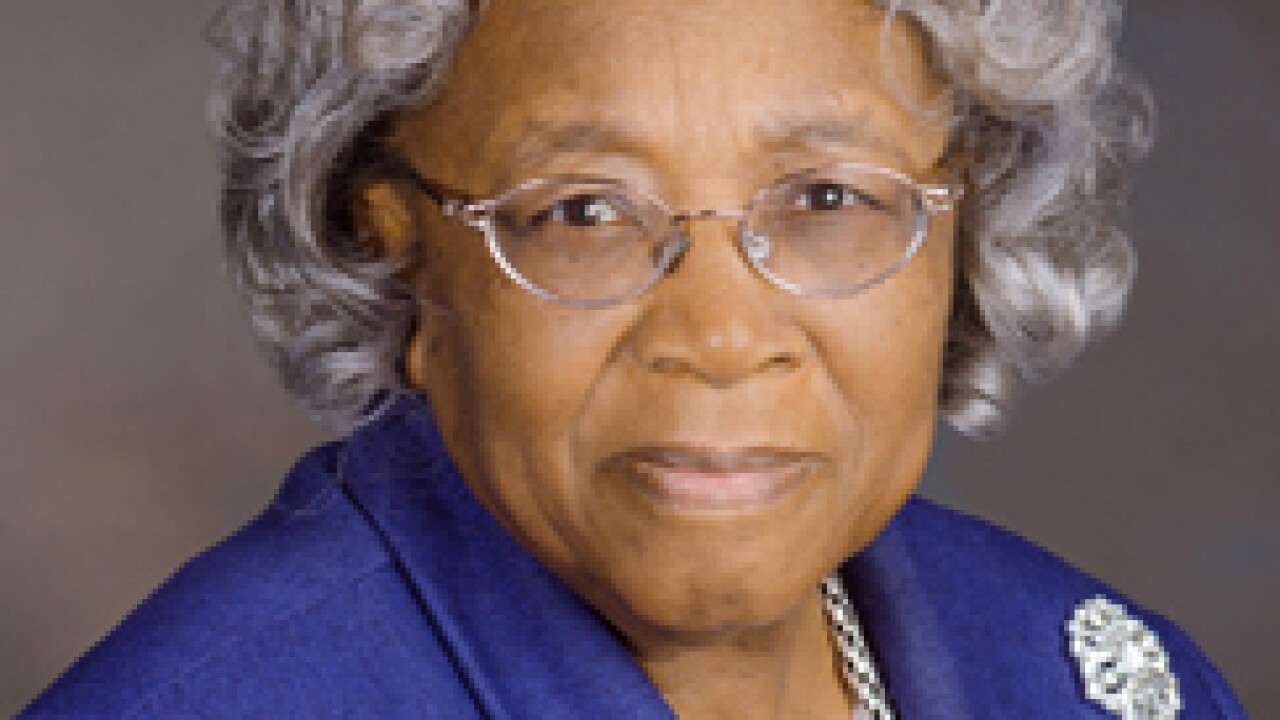 According to a report from Washingtonpost.com, Virginia Sen. Yvonne B. Miller, the longest-serving woman in the Virginia Senate, died Tuesday. The report comes from Senate Clerk Susan Clarke Schaar.

Miller, who would have turned 78 on Wednesday, had battled cancer in the past and missed several weeks of the 2011 legislative session, the report says.

Here is a statement from Norfolk Mayor Paul D. Fraim on the passing of State Senator Yvonne Miller:

"This is an extremely sad day in the City of Norfolk and the Commonwealth.  Senator Yvonne Miller was one of the great public servants of our time.  She never forgot why she ran for office, never forgot who she was elected to serve.  She was a relentless advocate for the young, the disadvantaged and members of the community who did not have a voice.  We will miss her greatly."

Here is a statement from Governor Bob McDonnell:

“Maureen and I are deeply saddened to learn of the news of the passing of State Senator Yvonne Miller. Yvonne was a history-maker and a trail blazer. She was the first African-American woman elected to the Virginia House of Delegates and the first African-American woman elected to the Virginia State Senate.  She was the first woman to chair a Senate Committee, and she was the longest-serving woman in the history of the Virginia State Senate. She was passionate about education, and she loved her alma mater, Norfolk State University. Yvonne Miller cared deeply about people, and she was a strong voice always ready to passionately advocate for the disadvantaged, the forgotten and the overlooked. Yvonne made history when she was elected to the General Assembly. But she made the biggest difference in what she did once she got there. We will all miss Senator Yvonne Miller and her passionate service to the people of Virginia. She was a wonderful human being and a great American. Our thoughts and prayers go out to her family and friends in this difficult hour.”

"Sen. Yvonne Miller, who passed away earlier today, was a true pioneer. She was the first African-American woman to serve in either the Virginia House of Delegates or the Senate, and she served admirably in both chambers.

It’s been said that the truest testament to an individual’s character is what that person does to aid those in greatest need. Sen. Miller time and again spoke and voted on behalf of those least able to speak for themselves. She was a champion of the power of public education to change lives, and she was an especially effective advocate for early childhood education programs. As a former teacher and professor, she well understood the power of education to transform lives. Public education in Virginia has had no greater friend.

For these and so many other reasons, the members of the Virginia Education Association grieve Sen. Miller’s passing. We will miss her unceasing positive outlook, so deeply rooted in her faith. It is of some comfort that the education programs she worked so hard to support will continue to produce young people prepared to carry on her legacy."