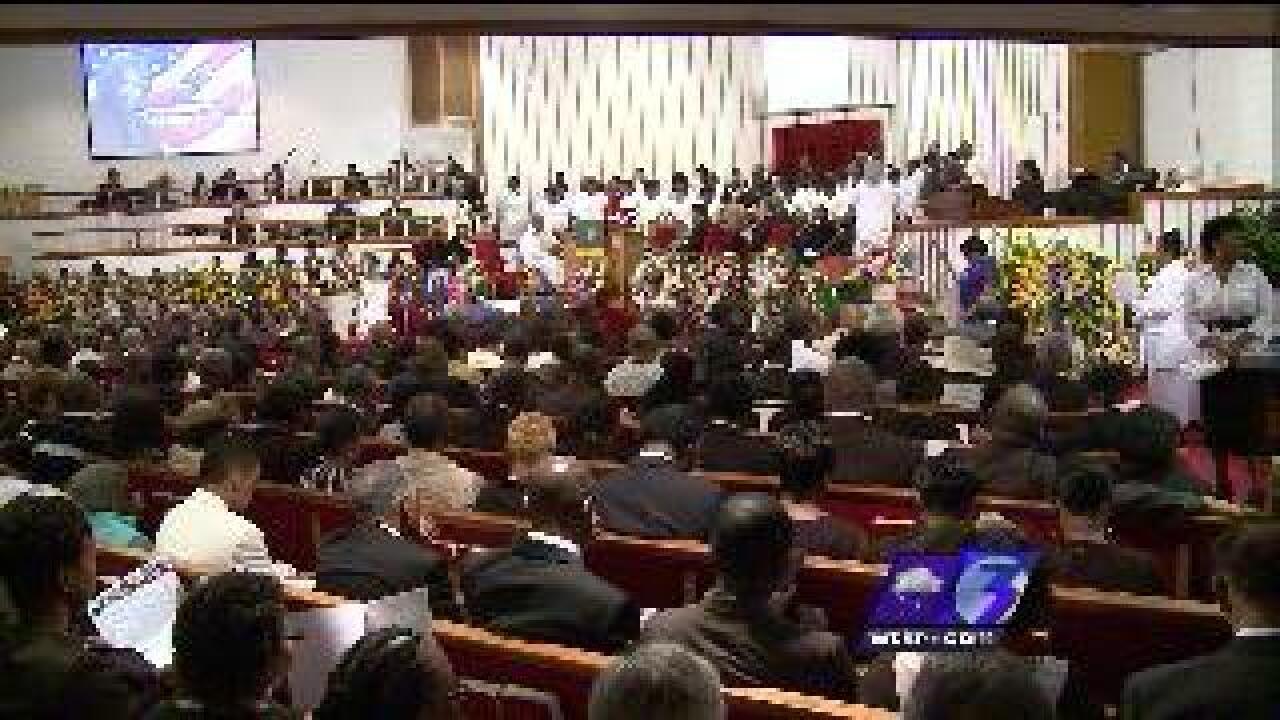 Instead of mourning the loss of Senator Yvonne Miller, hundreds of her friends, family, and colleagues celebrated her life, remembering what she stood for and why she’ll be missed.

Venessa Bond, Miller’s Sister-In-Law, says “The matriarch of the family has been called to rest but her footprints will always be seen and felt because she is irreplaceable.”

Senator Miller made history becoming the first African American woman elected into the House and Senate.  It’s an accomplishment that has motivated many young people like Taylor Davis who was a page assigned to her this year.

Davis adds,” It shows me as a young African-American girl that I can do whatever I want. Because coming from Senator Miller's background the way she came up to be the first black woman in the Senate and House, it shows me I can do anything I want to do. "

And it was that drive she was notoriously known for at the statehouse.

Colleagues say she would stop at nothing to give a voice to the voiceless, primarily focusing on children.

Former Governor Tim Kaine says “She was tough because she believed in the importance of the work that she was doing. "

And even though Senator Miller is gone, her friends say her work will continue on through her legacy.