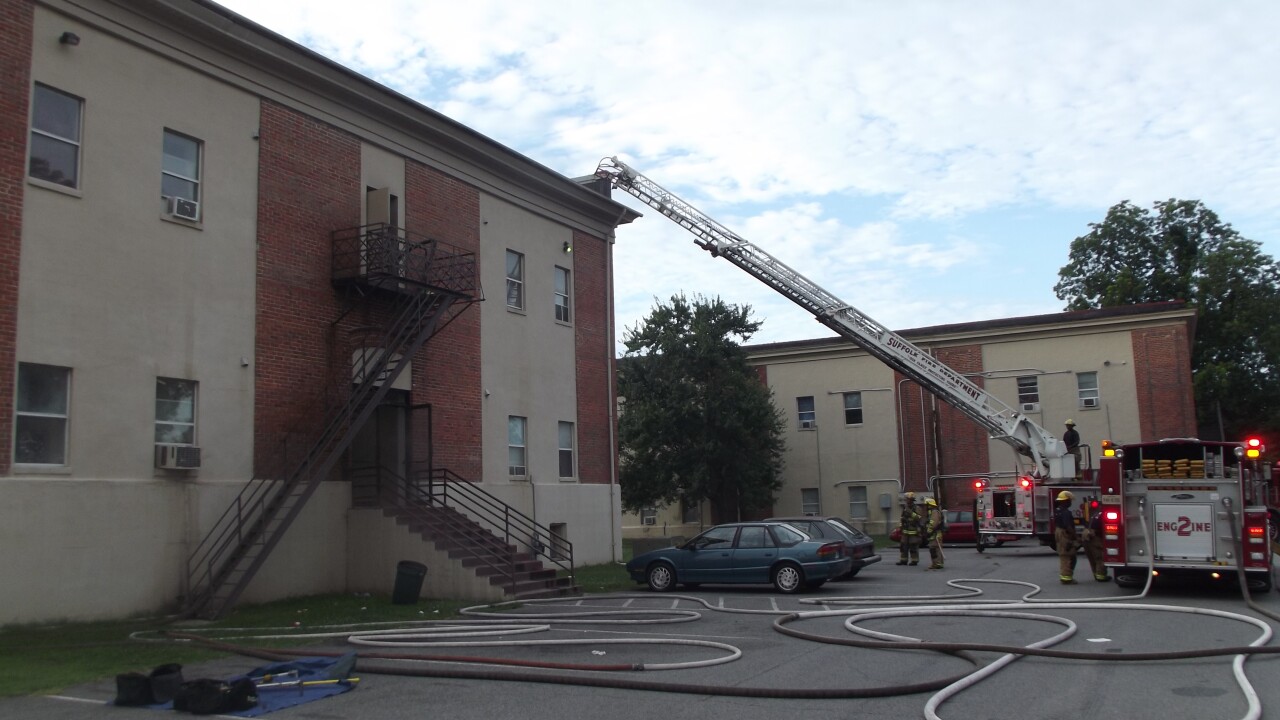 SUFFOLK, Va. – An adult and two children were displaced after a fire in an apartment on Lee Street in Suffolk early Sunday morning.

There are ten apartment units in the 3-story building, and the fire was confined to one apartment on the third floor.  Three engines and two ladder trucks, Battalion 1, Rescue 1 and the Nansemond Suffolk Volunteer Rescue Squad EMS2 responded to the fire, which was confined to the kitchen and was quickly brought under control.  No injuries were reported.

One adult and two children have been displaced and are being assisted by the Suffolk Chapter of the American Red Cross.  All other apartment units are habitable.