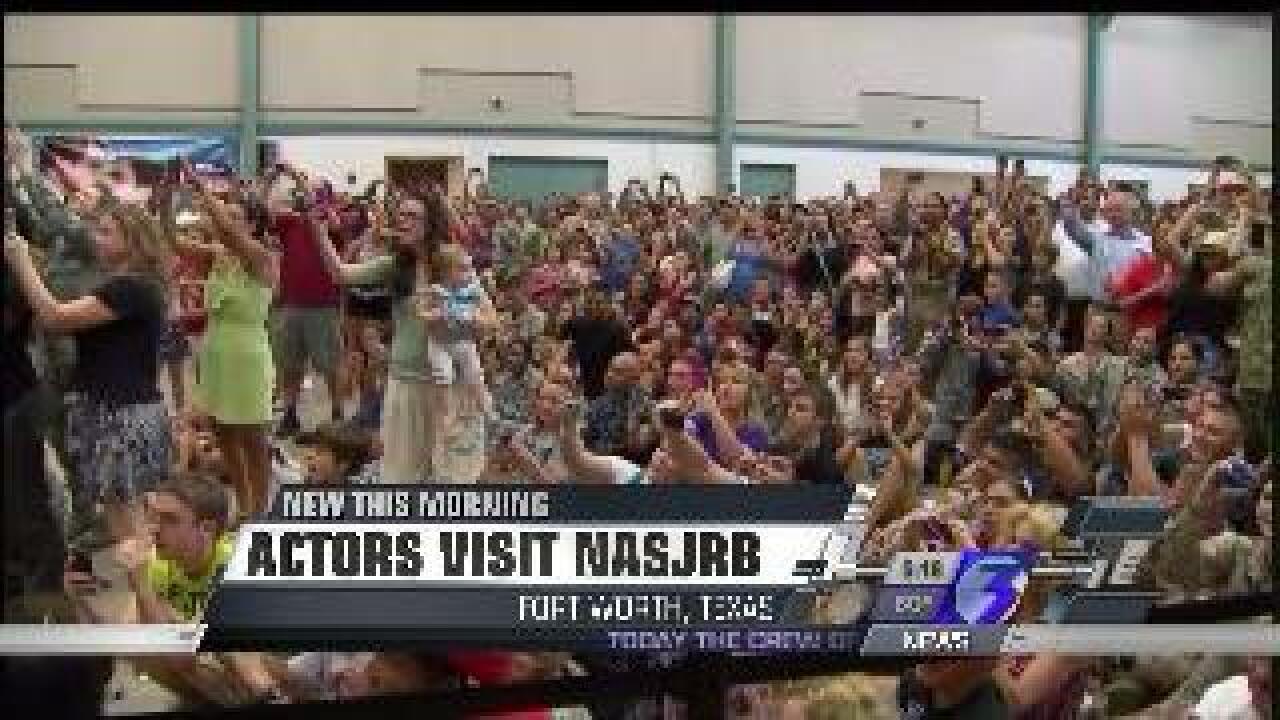 The troops at Naval Air Station Joint Reserve Base Fort Worth welcomed some celebrity guests.

Actors Will Ferrell and Zach Galifianakis brought their comedic relief to the base in Texas to promote their upcoming movie - "The Campaign."

They also challenged military members to a game of tug-of-war.