Man charged with DUI after crashing into Hampton home 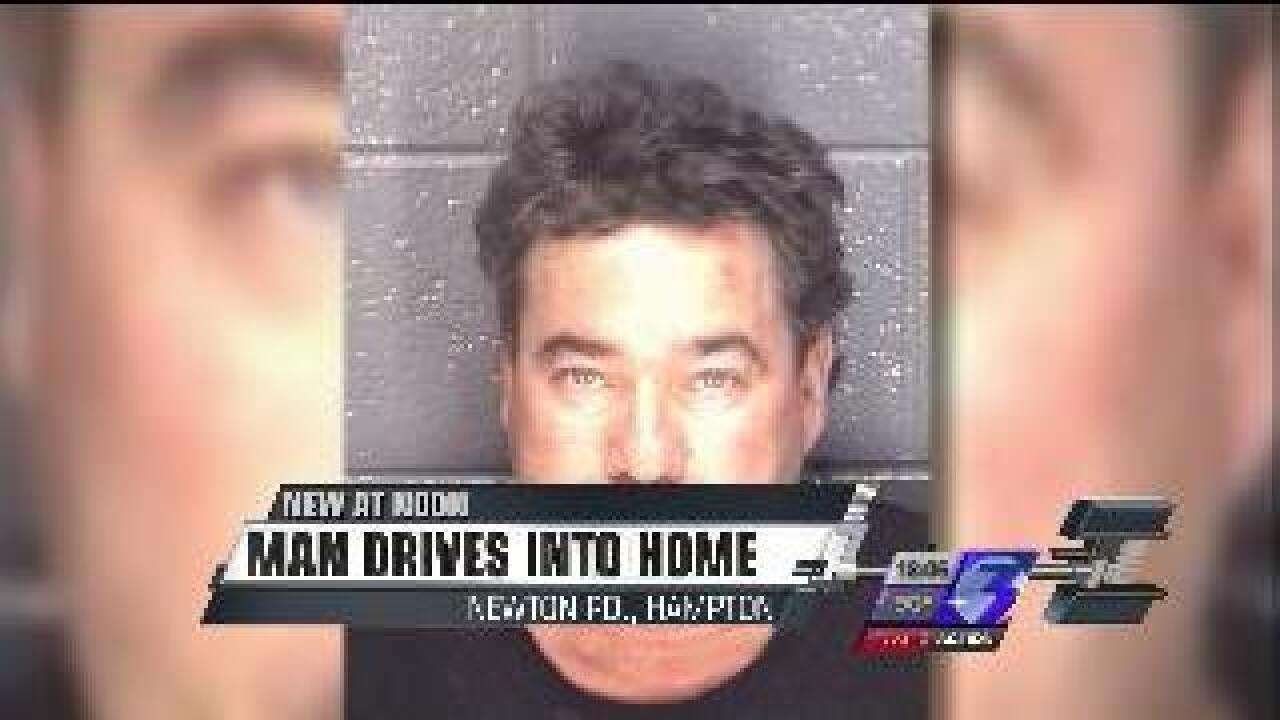 Hampton police have charged a 48-year-old man with DUI and reckless driving after he crashed into a home early Thursday morning, July 19, 2012.

It happened around 12:15 a.m. in the 2000 block of Newton Road. Police say a 2006 Ford F-150 truck hit a parked and unoccupied silver Mercury Sable. The truck then veered on to the curb and went through a fence and into the home.

At the time of the crash, three adults were inside the home - one of which was transported to the hosptial with non-life threatening injuries.

Police say those injuries were not related to the crash.

Police say the driver of the truck has been identified as Jeffrey Lee Chaney.

He was transported to a nearby hospital with non-life threatening injuries and was released.