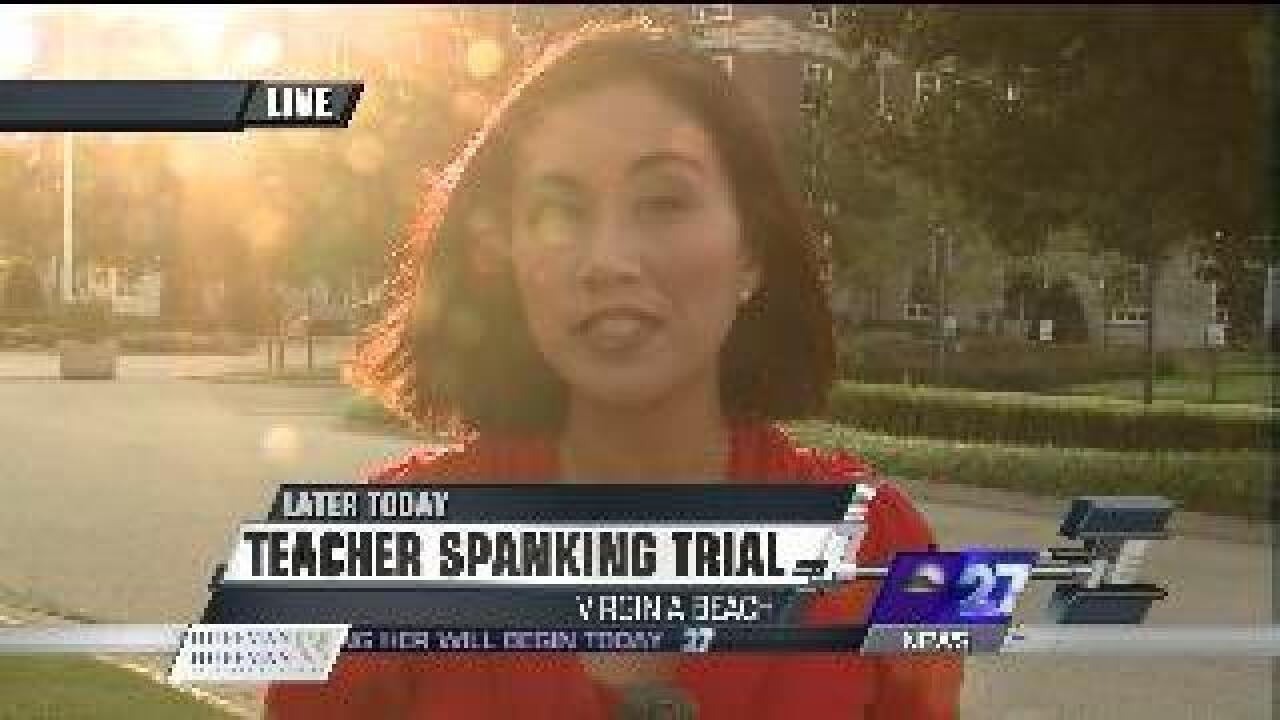 Today, the trial for a former Virginia Beach teacher will get underway.

He's accused of spanking a student.

Michael Shanklin was a math teacher at Landstown High. Police say it was during that time when he sexually assaulted a student.

Virginia Beach police say Shanklin, who was a math teacher, spanked a female student during an after school tutoring session.

Investigators say the student failed to complete an assignment, so Shanklin hit her with a belt several times.

Prosecutors say Shanklin locked the teenager in the classroom, even blocking the windows.

Authorities say the student left and told a school nurse. That's how the investigation began.

Shanklin was already convicted in March - of misdemeanor sexual battery - related to this case.