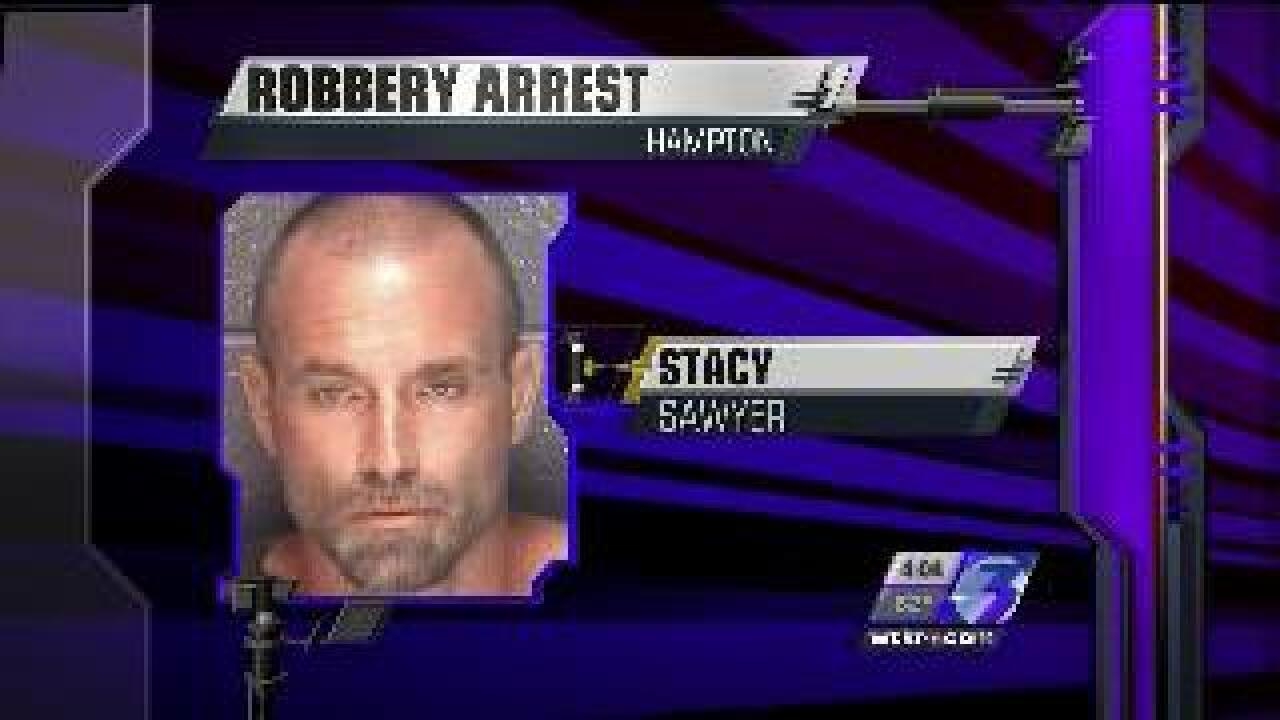 Hampton police say they have arrested a man who has been accused of robbing two businesses on the same night.

They say during both robberies, the suspect entered the business with a knife and demanded money.

The suspect was later located near the intersection of Bay Avenue and Chesterfield Road.

Sawyer has been arrested and charged with two counts of robbery and he remains in the Hampton City Jail.