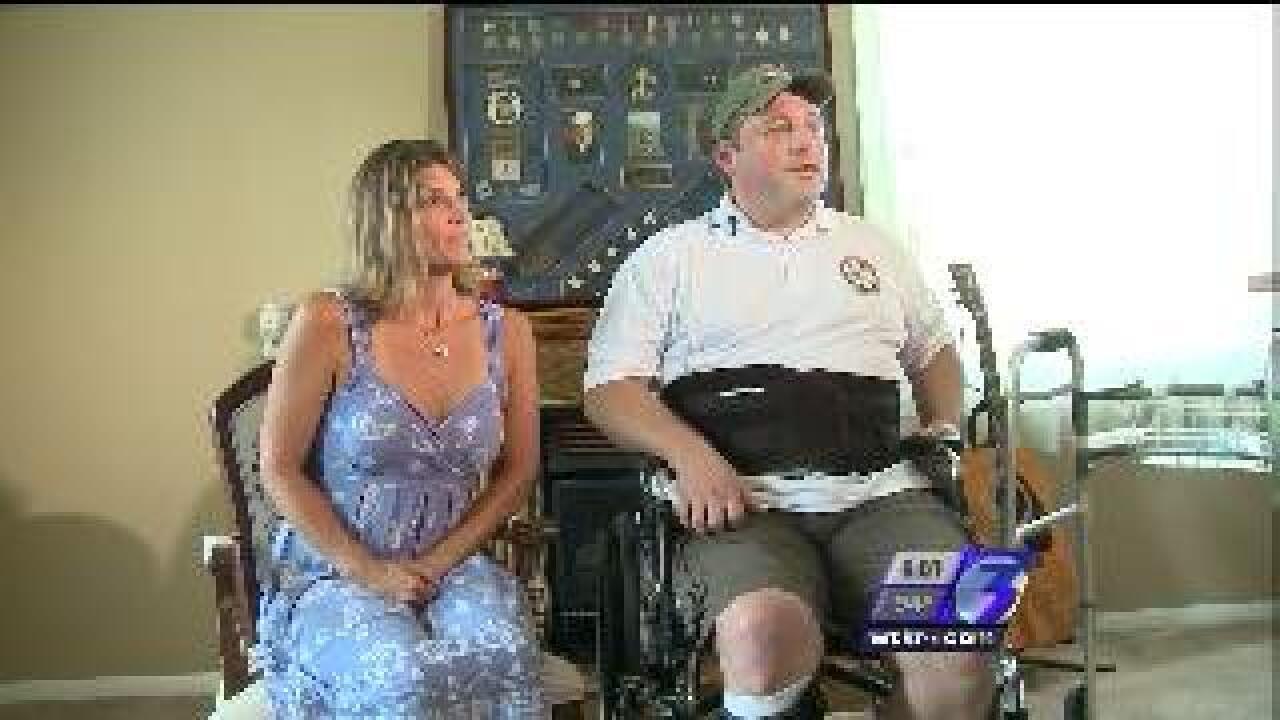 He served 24 years and several tours of duty--many as a combat medic for SEAL Teams Six and Eight.

“You go until you can't go any further, and when you’re broke, you expect to be taken care of,” said Fry.

Rickie and his wife Jennifer know firsthand how important Chris Campbell's final mission is because they were helped by many different wounded warrior organizations in more ways than they ever thought possible.

Fallen Navy SEAL left final mission for family in his will

“Some people think it’s easy.You have the VA to help, but sometimes the help isn’t immediate, and it takes a while to get to you, like the wheelchair,” said Jennifer Fry.

An organization called 9-Line gave the family much-needed medical equipment to help Rickie get around, and events put on by the Wounded Warrior Project provided much-needed emotional support for the family through tough times.

“It helps them be around people like themselves. They can forget about their injuries just for a few hours, and it helps them mentally," said Fry.

“He might have known it would help them, it helps me. It helps everyone,” said Fry. “I don’t think you can get through some of it without it.”

Now they want others to take action like them and donate to the Wounded Warrior Project.

"It’s a dollar. It's change in the ashtray in your car. It doesn’t have to be very much, but it adds up, and it means a lot,” said Fry. “It’s hard, but I always say I’d rather have him home broken than not at all.”

MAKE SURE TO TYPE “CHRIS CAMPBELL” IN HONOREE SECTION.

MAKE SURE YOU WRITE “IN HONOR OF CHRIS CAMPELL” ON THE FORM AND ON THE CHECK.

Chris has also been nominated for the Wounded Warrior Project’s “Carry Forward” Award because of this Final Mission. The public can vote for him until July 31st.

Click on this link to vote for Chris to win the “Carry Forward” Award!