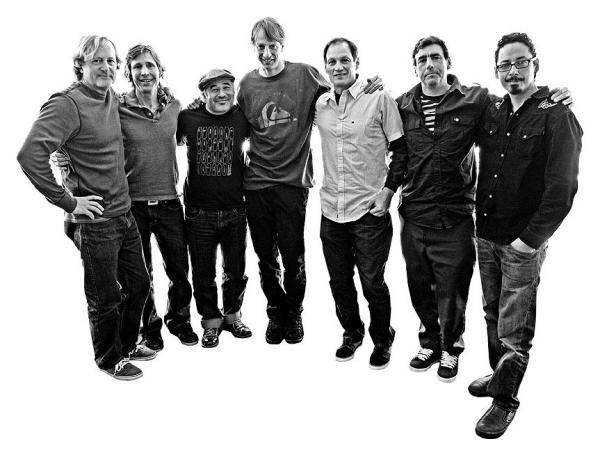 Juliet Bickford is skateboarding for Fridays at the Beach today – at the Virginia Beach Oceanfront. She’s at Coastal Edge located at 21st Street. Watch as Juliet tears up the vert ramp!

Virginia Beach has been chosen as one of four cities nationwide to host an advanced screening of the film, BONES BRIGADE: AN AUTOBIOGRAPHY at the BLOCK PARTY.

For many, the Bones Brigade is an unfamiliar term, but for any skater or action sports fan, it's what changed the face of the industry and the iconic men that set it on fire.

"The Bones Brigade was a talented gang of teenage outcasts. Unmotivated by fame or popularity, they completely dedicated their lives to an unrespected art form. For most of the 1980s, this amazing crew, lead by 1970s ex-skateboard champion Stacy Peralta, blasted the industry with a mixture of raw talent, art, and innovative advertising to become the most popular skateboarding team in the sport's 60 year history. The core unit of the Bones Brigade built an empire that covered the world. They dominated contests, made hundreds of thousands of dollars, created the modern skateboard video, reinvented endemic advertising, pushed skate progression into a new era, and set the stage for a totally new form of skating called street style. There's nothing comparable in today's skateboarding."

Coastal Edge wants you to feel the heat and join in this celebration. The Coastal Edge team is having celebrity appearances: Christian Hosoi, Tony Alva, and the artist PNUT, give-a-ways, mini ramp jam, live music by Tommy Guerrero and Ray Barbee, and much, much, more!

The stars of the movie will meet fans and join the local skate team on the mini-ramp from noon until 5 p.m. at the 21st Street block party.