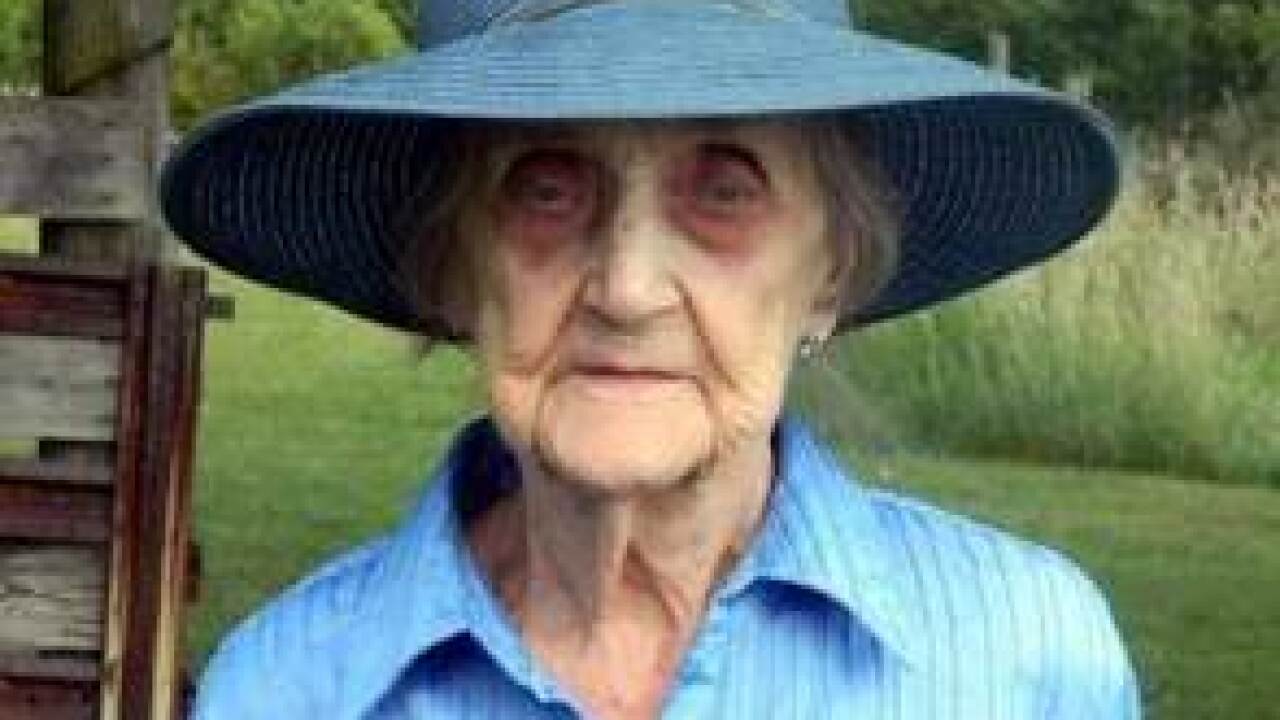 A 97-year-old woman who was missing for four days was found alive Saturday in a ‘dried-up creek bed’, authorities said.

Edna Clay was flown to a Columbus hospital for treatment late Saturday afternoon, NBC4i.com reported. She had last been seen at her home near McArthur on Wednesday evening.

Vinton County authorities said she was found in a wooded area not far from her home, NBC4i.com reported. They said she may have suffered broken bones but spoke to rescuers.

Earlier in the week, Clay’s family told NBC station WSAZ of Charleston, W.Va., that she had some early signs of dementia, but was very healthy.

“She raised 12 children and is tougher than a pine knot. As far as her vitals, she was very healthy and took no medication. We can’t even get her to take a vitamin,” Bonnie Faulkner, Clay’s daughter, told WSAZ.