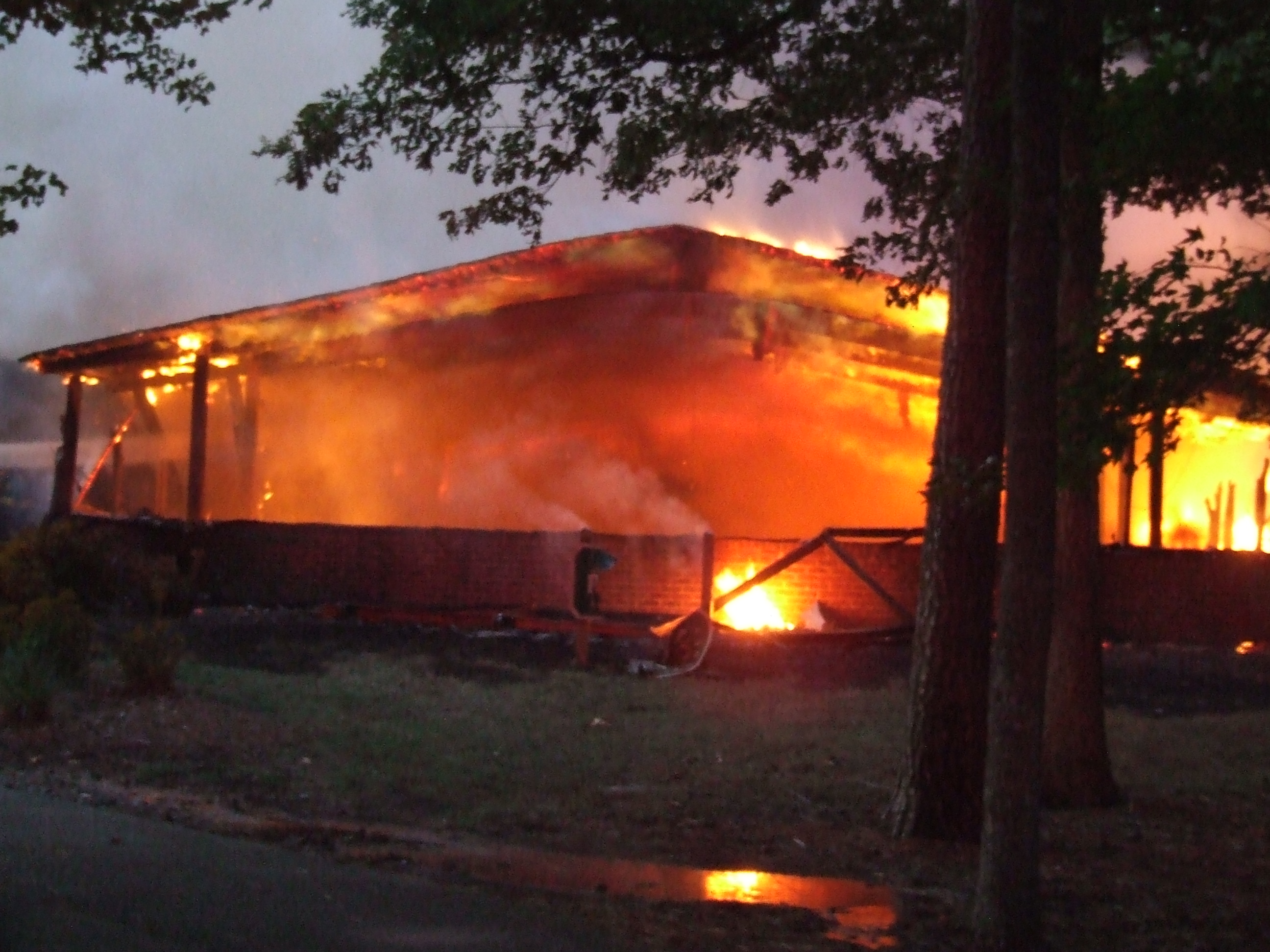 At approximately 05:40am, dispatchers received a call reporting a structure fire in the park located off of Ft. Eustis Blvd. The unit arrived at 05:46 and found the pavilion fully engulfed in flames.

The size of the blaze and propane tanks inside the building forced firefighters to take a defensive position as they fought the flames.

The fire was declared under control at 7:10 am and fire crews remain on the scene Sunday afternoon.

Due to the unstable nature of the structure, portions will have to be pulled down to ensure the safety of investigators and crews.

The cause of the fire remains undetermined and under investigation.

The building was deemed a total loss and valued in excess of $500,000. There were no injuries reported.