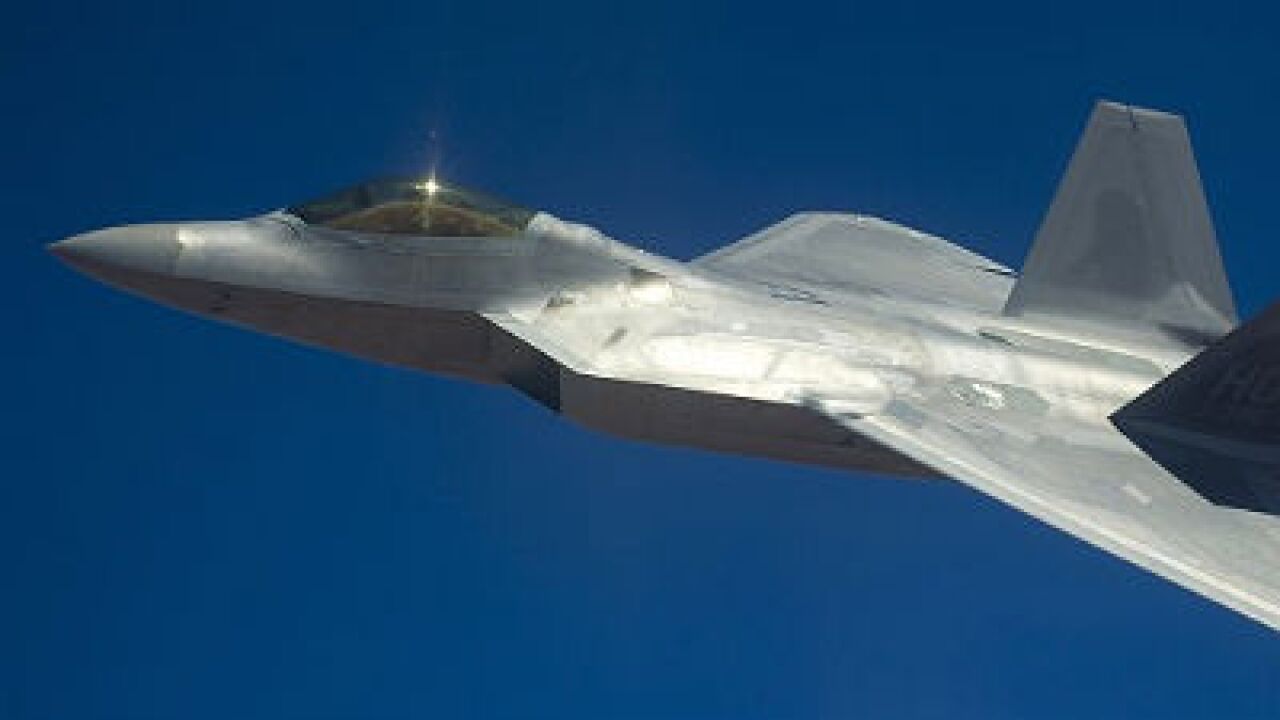 According to Wired’s Danger Room blog, a contingent of German pilots flying their latest Typhoon fighter have figured out how to shoot down the F-22 in mock combat.

The results were a surprise to the Germans and presumably the Americans, too. “We were evenly matched,” Maj. Marc Gruene told Combat Aircraft’s Jamie Hunter. The key, Gruene said, is to get as close as possible to the F-22 … and stay there. “They didn’t expect us to turn so aggressively.”

Gruene said the Raptor excels at fighting from beyond visual range with its high speed and altitude, sophisticated radar and long-range AMRAAM missiles. But in a slower, close-range tangle — which pilots call a “merge” — the bigger and heavier F-22 is at a disadvantage. “As soon as you get to the merge … the Typhoon doesn’t necessarily have to fear the F-22,” Gruene said.

This is not supposed to be the sort of reaction the F-22 inspires.