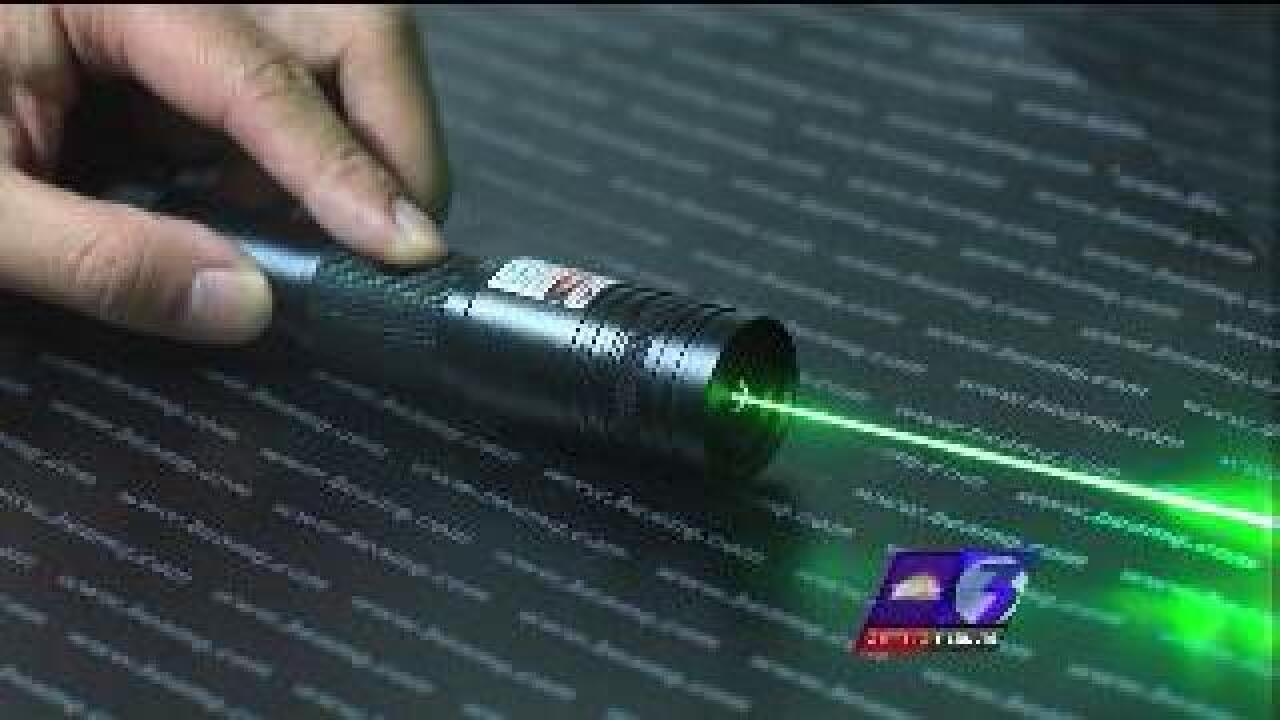 NORFOLK, Va. – According to a release from the U.S. Attorney's Office, a man has pleaded guilty to laser dazzling Navy planes in Virginia Beach.

“Laser harassment of aircraft not only places pilots and passengers at risk, but also endangers those on the ground. Those who choose to place our military personnel in peril should be on notice that their conduct is against the law and will not be tolerated,” said United States Attorney MacBride.

Officials say Bruce was previously arrested on a federal warrant related to these charges on June 13, 2012, and then indicted by a federal grand jury on June 20, 2012. The indictment charged him with two counts of interference with flight crew, two counts of aiming a laser pointer at an aircraft, and two counts of assaulting, resisting, or impeding certain officers or employees. Bruce faces up to twenty years in prison when his sentenced on October 19, 2012.

According to court documents, over a period of months, Bruce repeatedly aimed a laser at Navy pilots while they were flying above and around Naval Air Station Oceana. Numerous calls placed from Bruce’s phone number to the NAS Oceana Air Operations Community Noise Complaint Line included, among others, a threat that, “If he had a .30-30 (rifle) he would take potshots at the aircraft.”

Court documents further revealed that several F-18 pilots at NAS Oceana were endangered multiple times by laser dazzling during landing practice. The aviators were able to pinpoint the origin of the laser with a mapping device, leading authorities to Bruce’s home. Prior to the execution of a search warrant on June 5, 2012, NCIS special agents were positioned to view and video record Bruce repeatedly directing his laser pointer at Naval aircraft in flight. The agents seized Bruce’s handheld laser pointer.