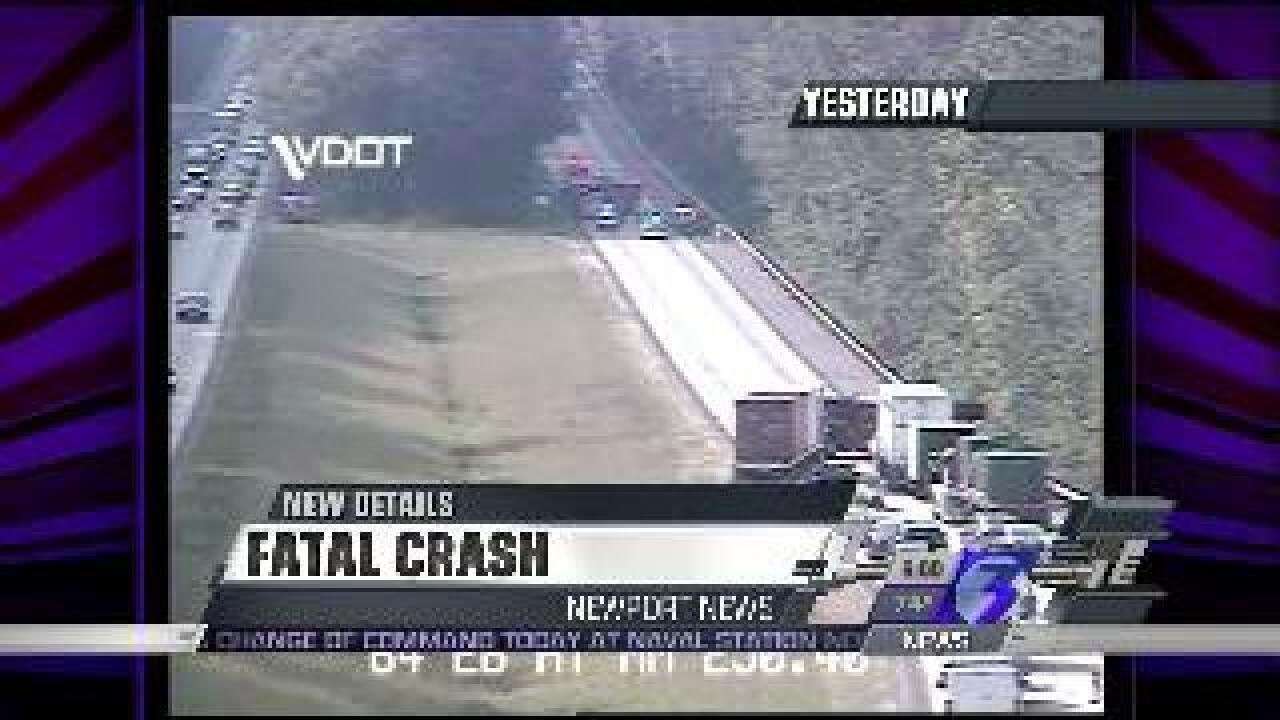 In Newport News - we now know the name of the person killed in a crash on I-64.

It happened yesterday during a traffic back-up around 8 a.m. near Fort Eustis.

State police say the driver - 26-year-old Jamall Walker - died when he lost control of his car when traffic slowed to a stop.

The car went off the road and hit a tree.

The interstate was completely closed while Nightingale landed to take 23-year-old Chanatha Nettles to the hospital.