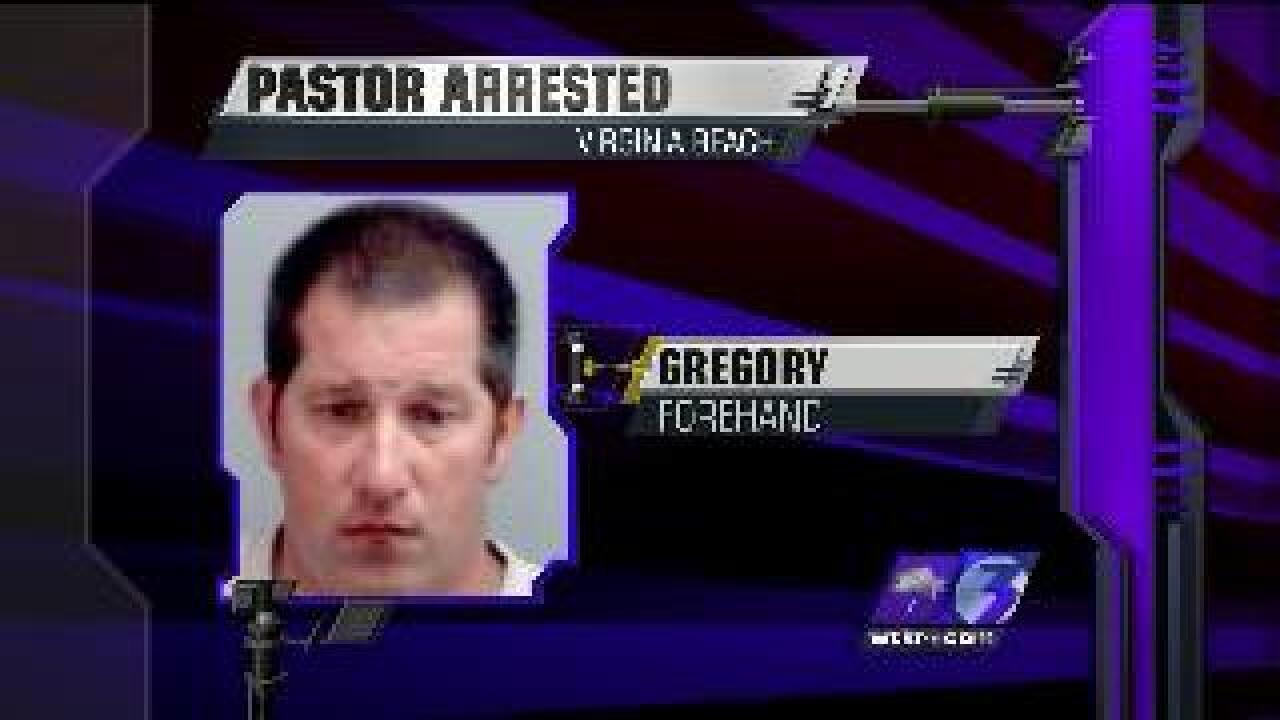 A Virginia Beach pastor has been arrested and is now facing charges for sex crimes against a teen.

On Saturday, August 4, 2012, the Virginia Beach Police Special Victims Unit was notified of a case of sexual abuse between May 2005 and June 2006.

Police say the victim reported he had been sexually abused by the Youth Minister of his church, Real Life Christian Church, located in the 900 block of N. Centerville Road.

The victim was 16 years old at the time of the abuse, according to officials. It was reported this had happened on several occasions at the suspect’s residence.

Investigators say children would stay over at the suspect’s home for church events. This was also happening in different cities in hotel rooms when they would travel to church events. Investigators are attempting to identify any other possible victims.

The suspect is identified as 40-year-old Gregory Douglas Forehand of the 600 block of Brisa Court in Chesapeake. He was arrested and charged with Indecent Liberties with a Child. He has been released on a bond.

The church sent out a letter to members stating that Forehand tendered his resignation from duties as Lead Minister. They also advised parents to speak with their children and to ask questions. They stated in the letter that they would be offering counseling services to members.