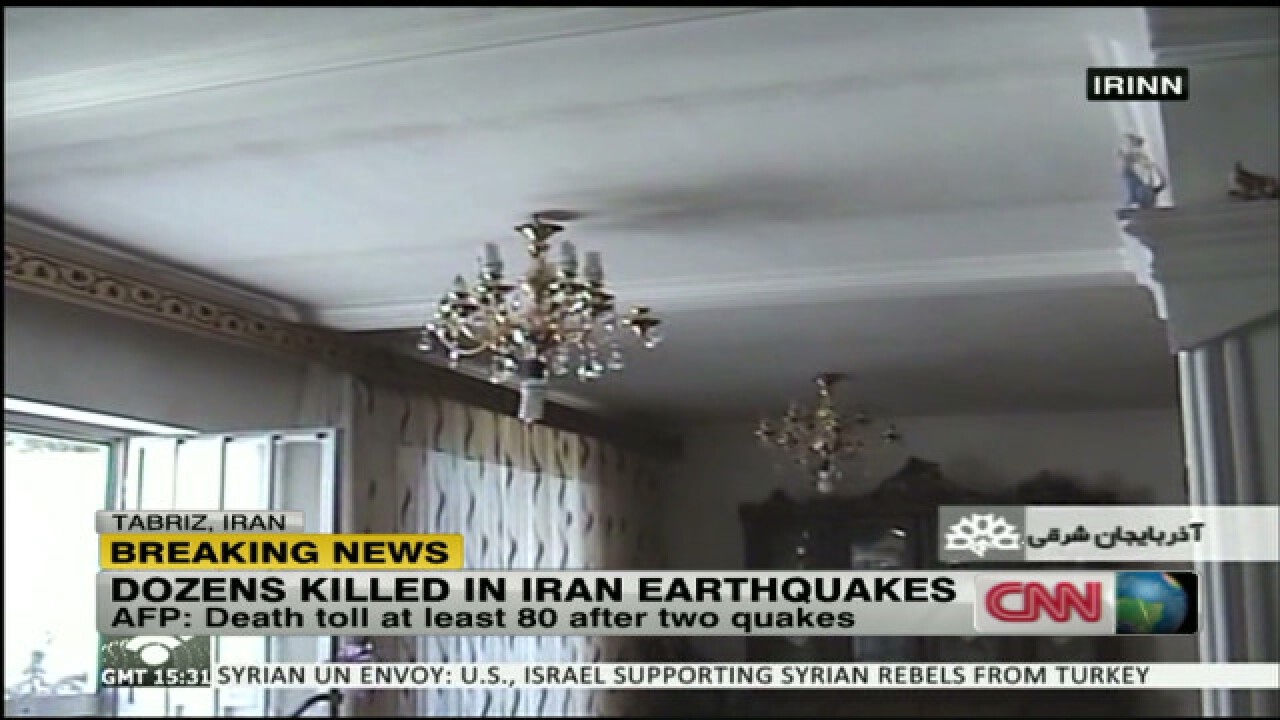 At least 180 people were killed and 1,300 others injured in two strong earthquakes that jolted northwestern Iran Saturday near the city of Tabriz, state-run news agencies said.

The city of Ahar was home to 45 of the deaths and 500 of the injured, a local official told state-run IRNA media.

The quakes affected Tabriz, the capital of East Azarbaijan province, and nearby cities. It razed four villages and another 60 villages sustained heavy damage, Fars said.

Initial reports said some buildings in Tabriz suffered structural damage and power lines were down. Telephone lines were down in Ahar, the quake’s epicenter. The extent of the damage was still being assessed.

Press TV broadcast images of collapsed buildings and makeshift medical stations set up in the streets. In scenes broadcast by state-run IRINN, people lying on blankets were administered intravenous fluids.

Iran sits on major fault lines — the collision of the Arabia and Eurasia plates –– and has been prone to devastating earthquakes.