Man charged with DUI and child neglect in Newport News 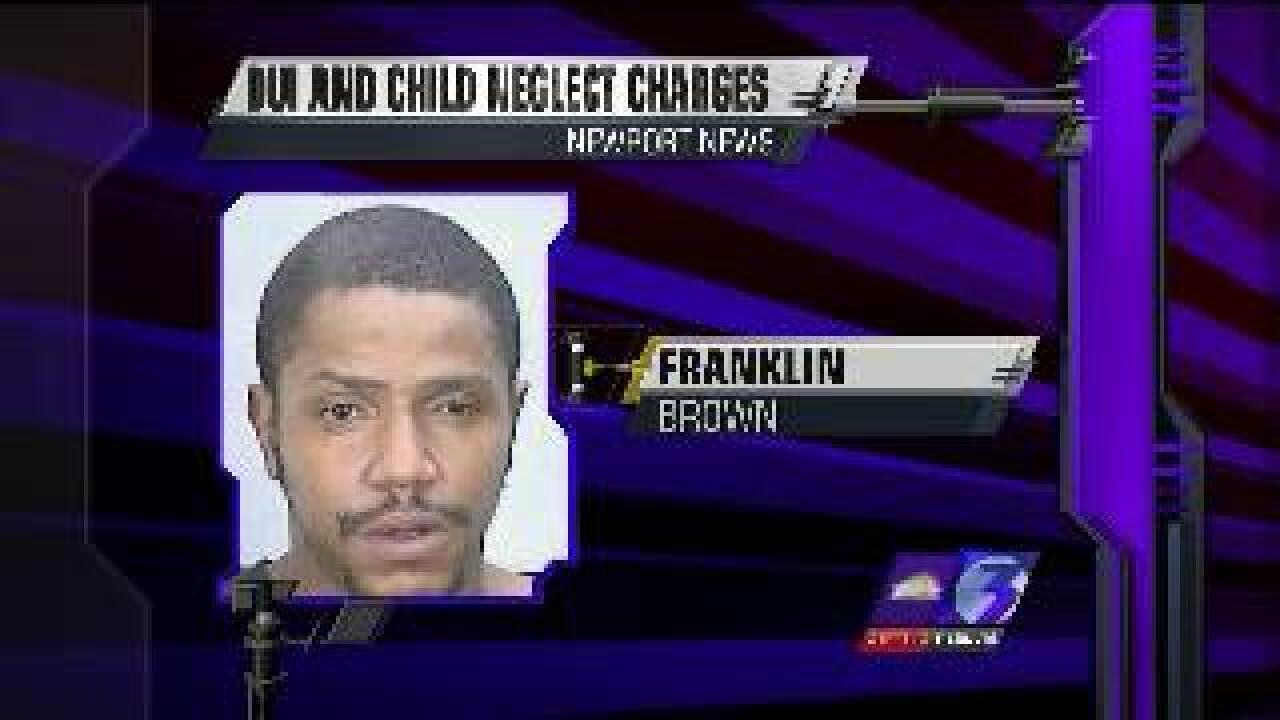 Police say 33-year-old Franklin Brown was intoxicated when he crashed his car on Richneck Road and Jefferson Avenue yesterday.

Police say he ran from the scene but was arrested by a responding officer not far from the crash.

Police say when they got back to the crash, scene medics were treating two children who were found in the backseat of the car.

The children were seven and eleven years old.

Brown is now in the Newport News City Jail.