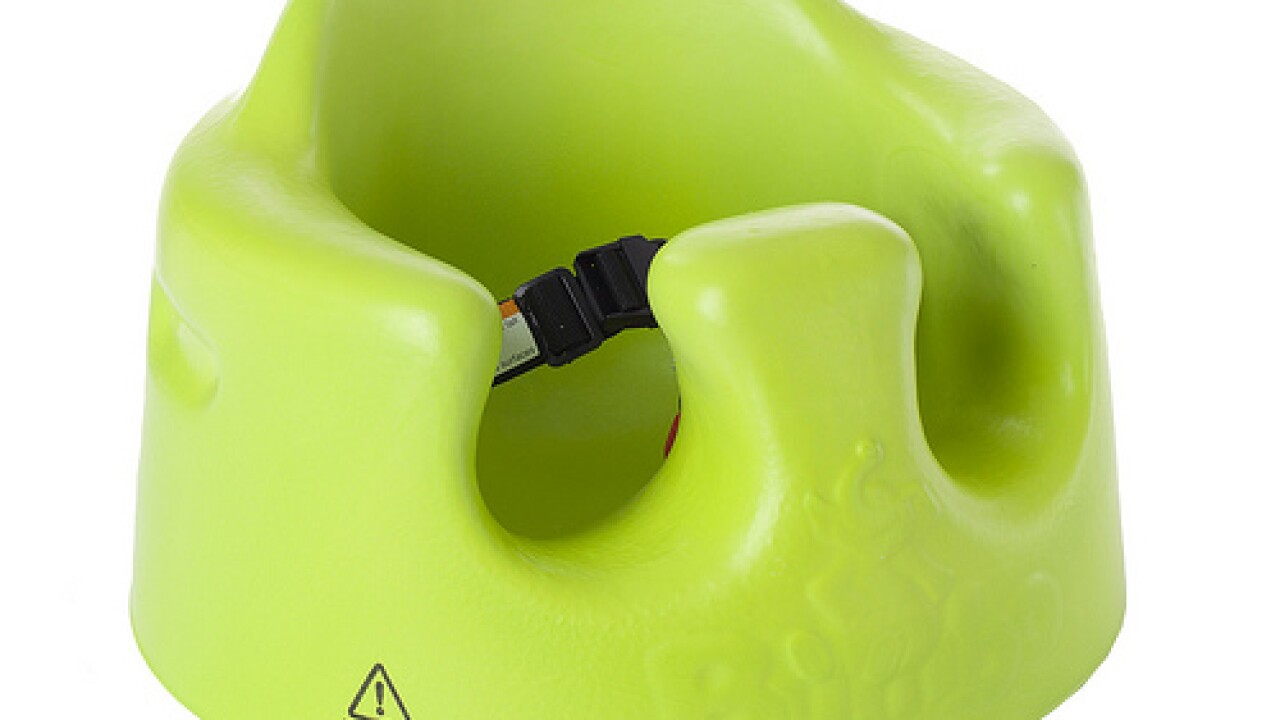 In October 2007, 1 million Bumbo seats were voluntarily recalled to provide additional warnings against use on raised surfaces, according to officials.

The USCPSC says babies can maneuver out of or fall from the Bumbo seat, posing a risk of serious injuries.

CPSC and Bumbo International know of at least 50 incidents after the October 2007 voluntary recall in which babies fell from a Bumbo seat while it was being used on a raised surface. Nineteen of those incidents included reports of skull fractures. CPSC and Bumbo International are aware of an additional 34 post-recall reports of infants who fell out or maneuvered out of a Bumbo seat used on the floor or at an unknown elevation, resulting in injury. Two of these incidents involved reports of skull fractures, while others reported bumps, bruises and other minor injuries.

According to the release, the bottom of the Bumbo seat is round and flat with a diameter of about 15 inches. It is constructed of a single piece of molded foam and comes in various colors. The seat has leg holes and the seat back wraps completely around the child. On the front of the seat in raised lettering is the word “Bumbo” with the image of an elephant on top. The bottom of the seat has the following words: “Manufactured by Bumbo South Africa Material: Polyurethane World Patent No. PCT: ZA/1999/00030.” The back of the seat has several warnings and seats manufactured since 2008 have an additional label on the front of the seat warning against use on raised surfaces.

The seats are distributed by Sears, Target, Toys R Us (including Babies R Us), USA Babies, Walmart, and various other toy and children’s stores nationwide, and various online sellers, from August 2003 through August 2012 for between $30 and $50. They are manufactured in South Africa.

Consumers should immediately stop using the product until they order and install a free repair kit, which includes: a restraint belt with a warning label, installation instructions, safe use instructions and a new warning sticker. The belt should always be used when a child is placed in the seat. Even with the belt, the seat should never be used on any raised surface. Consumers should also immediately stop using Bumbo seat covers that interfere with the installation and use of the belt. A video demonstrating proper installation of the restraint belt and proper use of the Bumbo seat are available at www.recall.BumboUSA.com

Taking Action by letting you know about the infant seat recall wtkr.com/2012/08/15/ale…