Update: One of the victims has died according to police.

According to Norfolk police, there has been a shooting in the 3600 block of Tidewater Drive at the Rite Aid.

Police say there are two gunshot victims at this time. Both have been transported to Sentara Norfolk General Hospital. One is suffering from life-threatening injuries.

Police are not sure of a motive at this time.

They say there was a verbal altercation in the store that led to the shooting.

Several people in the area in stores nearby were told to stay inside according to witnesses.

Reportedly, no one else was hurt.

Police have not released the names of the victims.

Stay with NewsChannel 3 for more details as they come in. 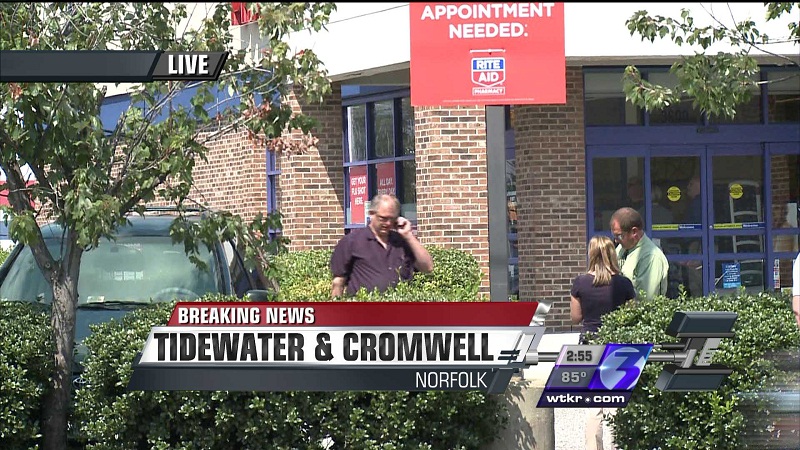 BREAKING: According to Norfolk police, there has been a shooting in the 3600 block of Tidewater Drive at the Rite... fb.me/1WB0QKrJV

Photo submitted by Darragh from the scene of the Rite Aid shooting in Norfolk. NewsChannel 3 will continue to... fb.me/1BR6bfImo