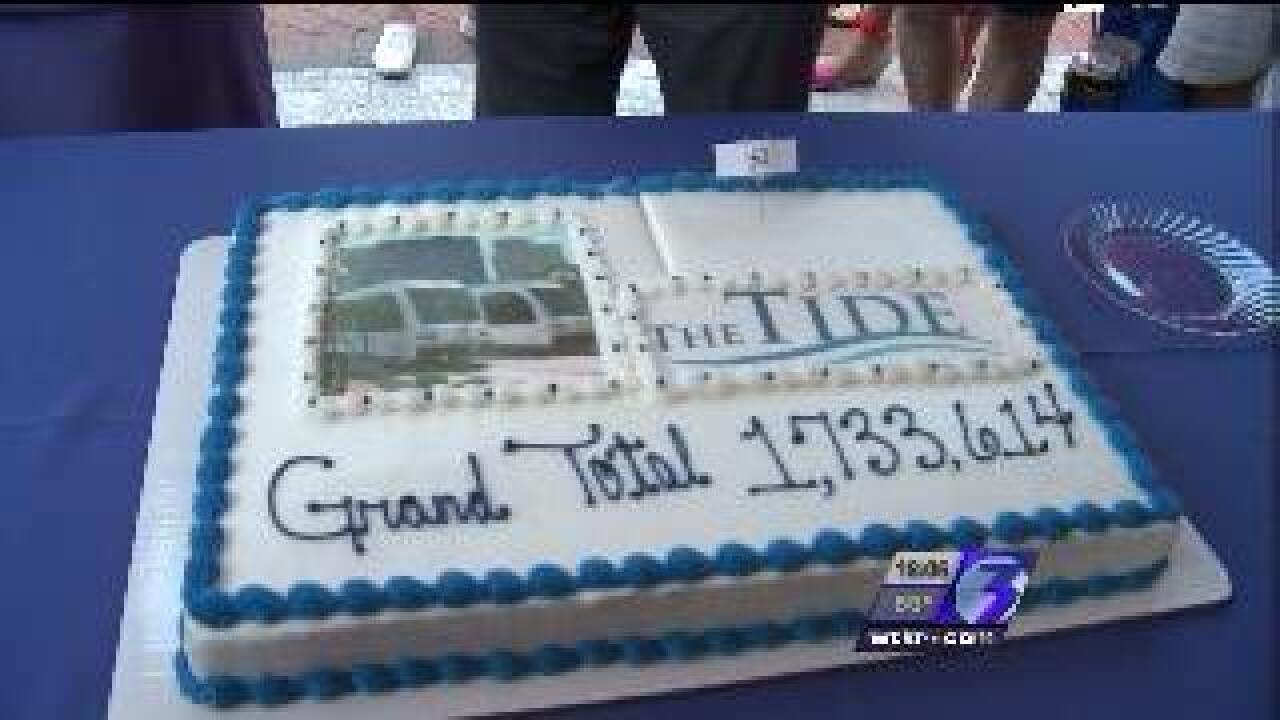 The Tide has been making stops in Norfolk for a year now.

As the light rail celebrates its birthday, the thousands of fans who ride the train will be getting presents--commuters can hop on for free today.

More than 1.6 million people rode The Tide this year, and today's free rides are to say thank you.

The light rail that travels from Newtown Road to EVMS with nine stops in between carries about 5,000 people a day.

That's about twice as popular as Hampton Roads Transit hoped for.