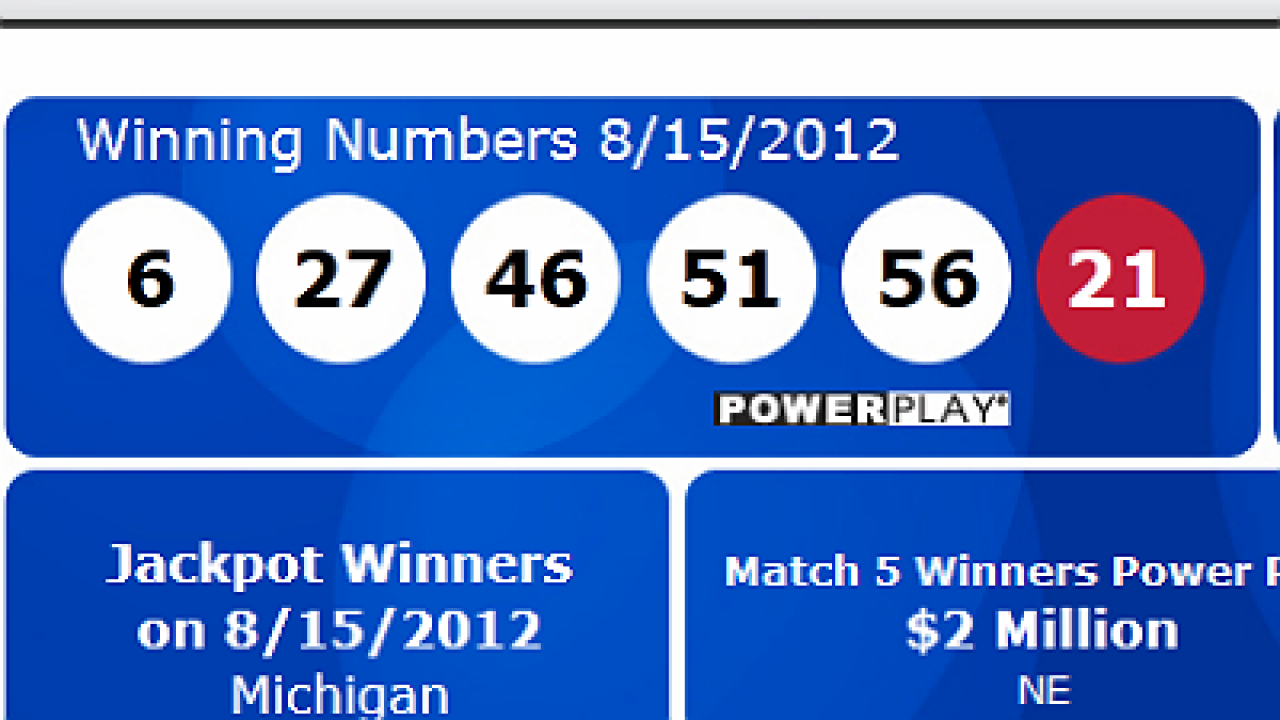 (CNN) — Somebody in Michigan may be very happy soon.

Lottery officials say a winning ticket for the estimated $337 million Powerball jackpot was purchased in Michigan. Also there were eight tickets that won the $1 million Match 5 prize. Two of those tickets were bought in Indiana, the others were purchased in Kansas, Kentucky, New Jersey, New Mexico, Pennsylvania and Virginia, lottery officials said.

The prize for the national lottery, which is held in 42 states, the U.S. Virgin Islands and the District of Columbia, swelled Saturday after no one hit all six numbers.

The game’s largest prize to date was $365 million, which was awarded in 2006 to a group of eight co-workers at a Nebraska meat-packing plant.

In 2005, a group of four in Oregon won a $340 million jackpot — considered the second largest.

Those record drawings happened when the cost for a Powerball ticket was $1. In January, the price increased to $2, with officials saying it would lead to an increased number of large jackpots. At the same time, the odds improved somewhat because officials reduced the number of red balls — the powerballs — from 39 to 35.

Earlier this year, Louise White, an 81-year-old Rhode Island resident, came forward as the winner of a $336.4 million prize, the third largest in the game’s history.

“I’m very happy and I’m very proud,” she said. “We are truly blessed. Thank you.”

White bought the winning ticket in February in Newport, Rhode Island, after a family member had a craving for rainbow sherbet and brought her to a store where she purchased the ticket.

After realizing she had won, White tucked the winning ticket into her Bible and went to sleep holding the book, bringing it with her to breakfast the next day until she could eventually store it in a safe deposit box, before claiming her winnings.

At $337 million, the Powerball pot still has ways to go to catch MegaMillions at the top of the list of U.S. grand prizes. In March, three tickets were sold for a drawing with the top prize of $656 million.