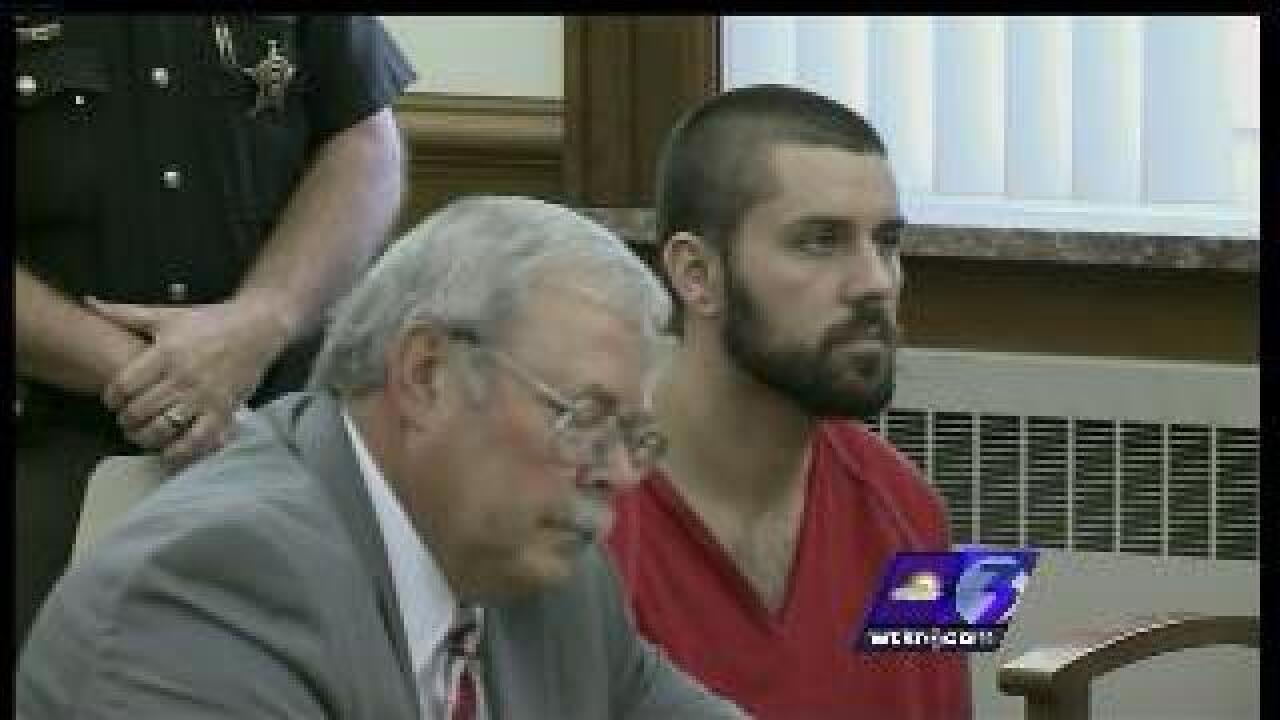 (WJW) MEDINA, Ohio — Just hours after he waived his rights to extradition, Nate Summerfield is being transferred to the Dare County Detention Facility.

The 27-year-old is accused of killing his ex-girlfriend while they were on a beach vacation at the Outer Banks during the July 4th holiday.

In a strong showing of support, family and friends of 33-year-old Lynn Jackenheimer arrived at the Medina Courthouse wearing t-shirts in her memory.

Family friend Brittany Patterson said, “There’s a lot of weight lifted off our shoulders. We can sit outside at night and kinda start to get life back to normal.”

Wearing a red jumpsuit and handcuffs on Friday morning, Nate Summerfield remained silent as he was escorted into court. This was Summerfield’s first appearance before a judge after a nationwide manhunt ensued for more than five weeks.

Before the hearing got underway, Jackenheimer’s sister had nothing but harsh words for her sister’s alleged killer.

“I hope he rots in hell,” said Tasha Holland.

“I just seen him for the first time outside here and it was, I don’t know, your heart starts pumping and it’s overwhelming,” said Patterson.

Summerfield showed no emotion during the hearing and only uttered a few words when he acknowledged he was waiving his rights.

After weeks spent hoping and praying, Jackenheimer’s friends are relieved knowing the wheels of justice are in motion.

“Get him down there, get it over with,” said Patterson.

According to the North Carolina District Attorney Frank Parrish, Summerfield’s case will most likely be submitted to the Dare County Grand Jury on Sept. 10.

On Tuesday, Summerfield will have his first appearance in District Court. Parrish said at that time, Judge Edgar Barns will review the charges and the conditions of his release.

Cause of death determined for Ohio mom

The search for a missing Ohio mom continues on the OBX

Court Documents: Woman missing in Outer Banks abused in past by ex-boyfriend