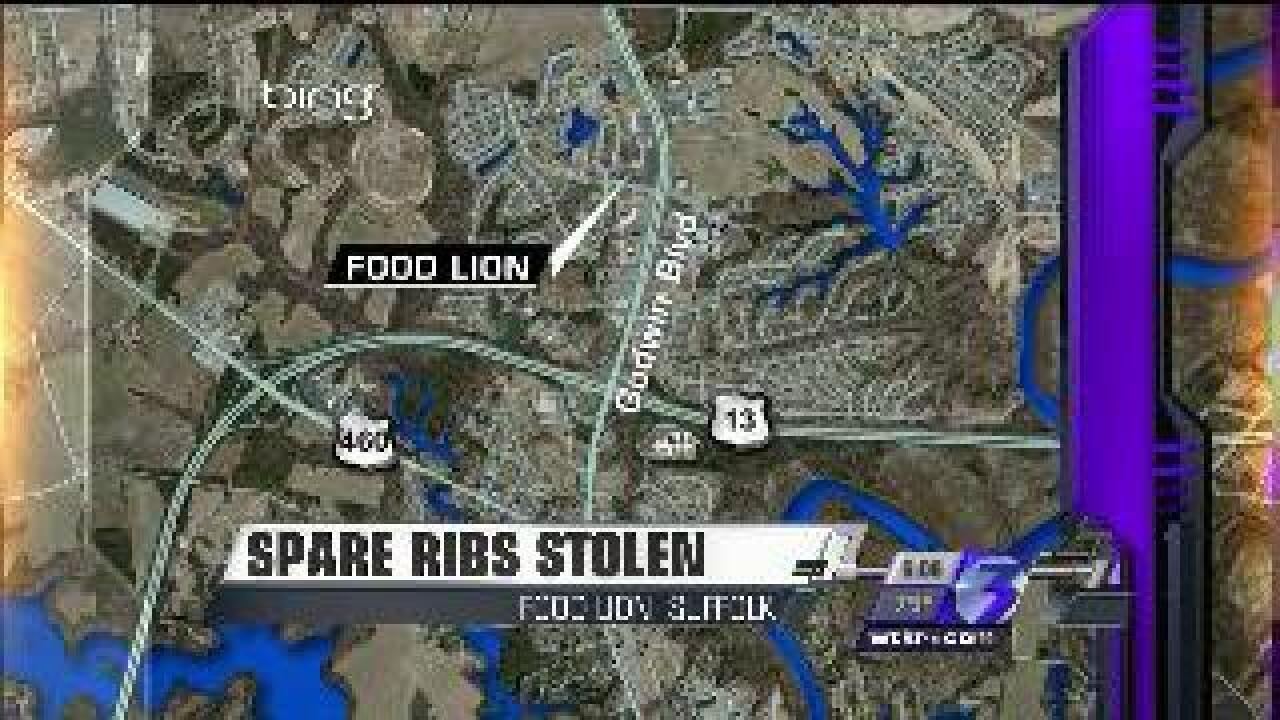 In Suffolk, police say a woman stole more than a dozen packs of spare ribs on Tuesday afternoon.

It happened at the Food Lion on Godwin Boulevard.

According to police, a witness saw the woman grab the spare ribs, leave the store and get into a waiting car.

Police say the spare ribs were worth over $200.

If you know anything about the stolen spare ribs, call the Crime Line at 1-888-LOCK-U-UP.