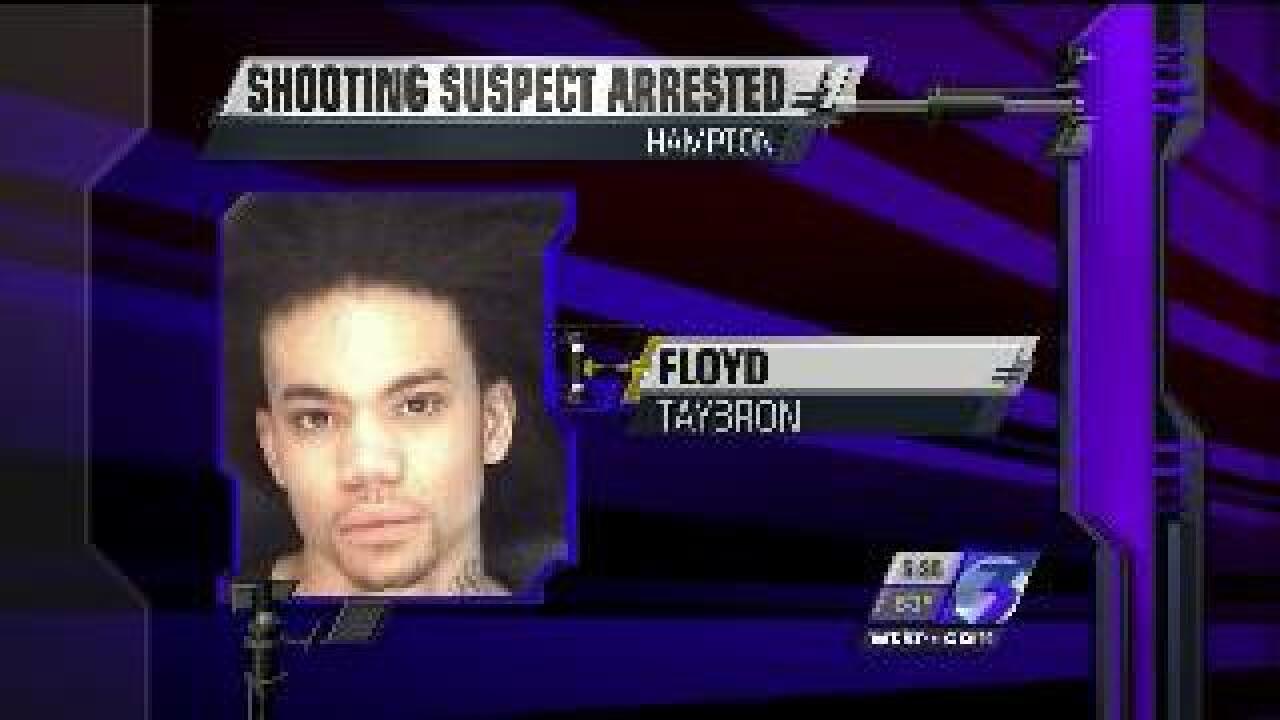 Newport News police say Tyrek Allen was also taken into custody. Police say he gave up without incident. That was on September 13, 2012.

They are two of the Peninsula's most wanted fugitives right now.

Floyd Lee Taybron and Tyrek Laquann Allen are accused of a violent shooting in Hampton.

On the afternoon of July 21st, investigators say Taybron and Allen drove up to a man walking on West Queen Street and shot him several times.

It was around 9:30 in the evening on 36th Street in the Southeast neighborhood.

Police still don't know the motive for either shooting.

Allen's name may sound familiar to you.

In the spring, NewsChannel 3 profiled Allen. Police say he's also responsible for a triple shooting in Newport News in February, not far from the July murder.

That's why Hampton police and Newport News police are teaming up in the manhunt for the accused gunmen.

Even the smallest bit of information could help them.

Newport News police say Tyrek Allen had a partner in the July 21st murder there.

If you have any information about Allen or Taybron, call the Crime Line at 1-888-LOCK-U-UP.