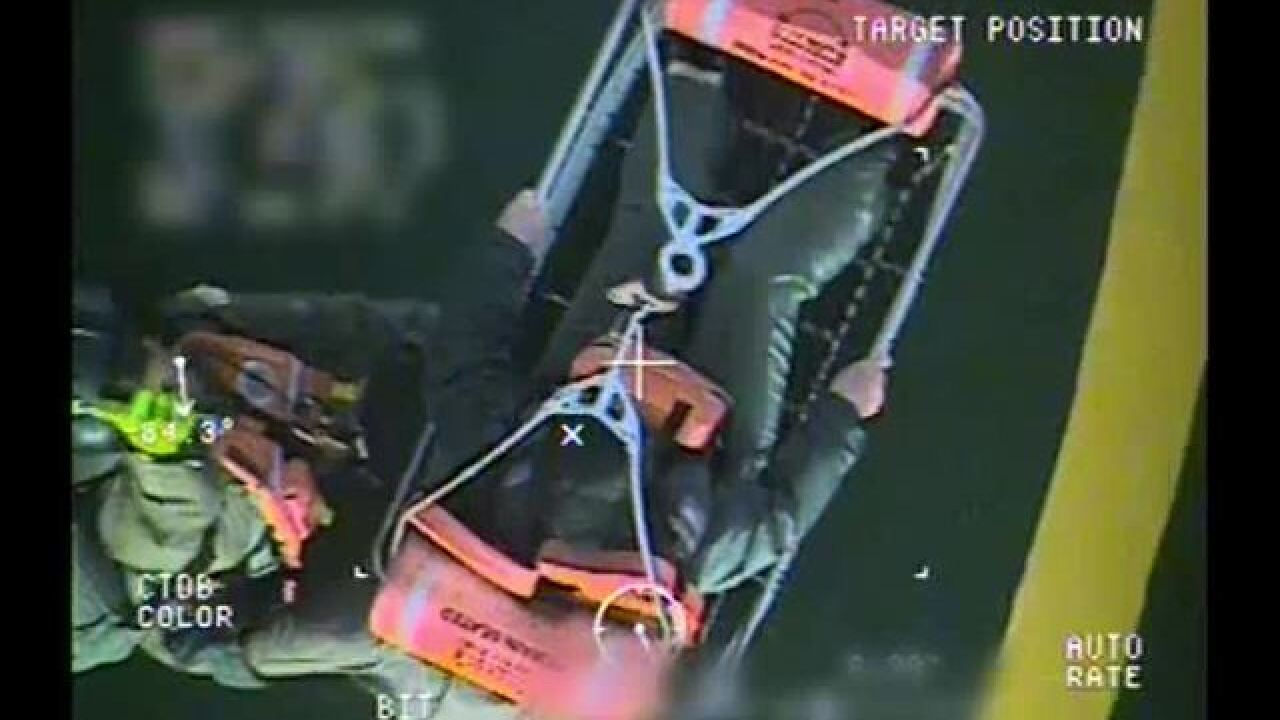 Norfolk, Va. — The Coast Guard medevaced a 40-year-old man Monday from a cruise ship approximately 290 miles off the eastern shore.

The crew of the cruise ship Celebrity Summit called the Coast Guard via VHF channel 16 at approximately 5 p.m. stating one of their crew members was suffering from abdominal pain and was in need of medical attention.

The Coast Guard 5th District duty flight surgeon consulted with the medical officer aboard the cruise ship and recommended a medevac.

With the Hercules crew providing radio and air cover, the Jayhawk crew hoisted the man and a ship's nurse aboard and took them to Sentara Norfolk General Hospital.