‘Ready to get back home,’ sighs one of thousands of weary Isaac evacuees 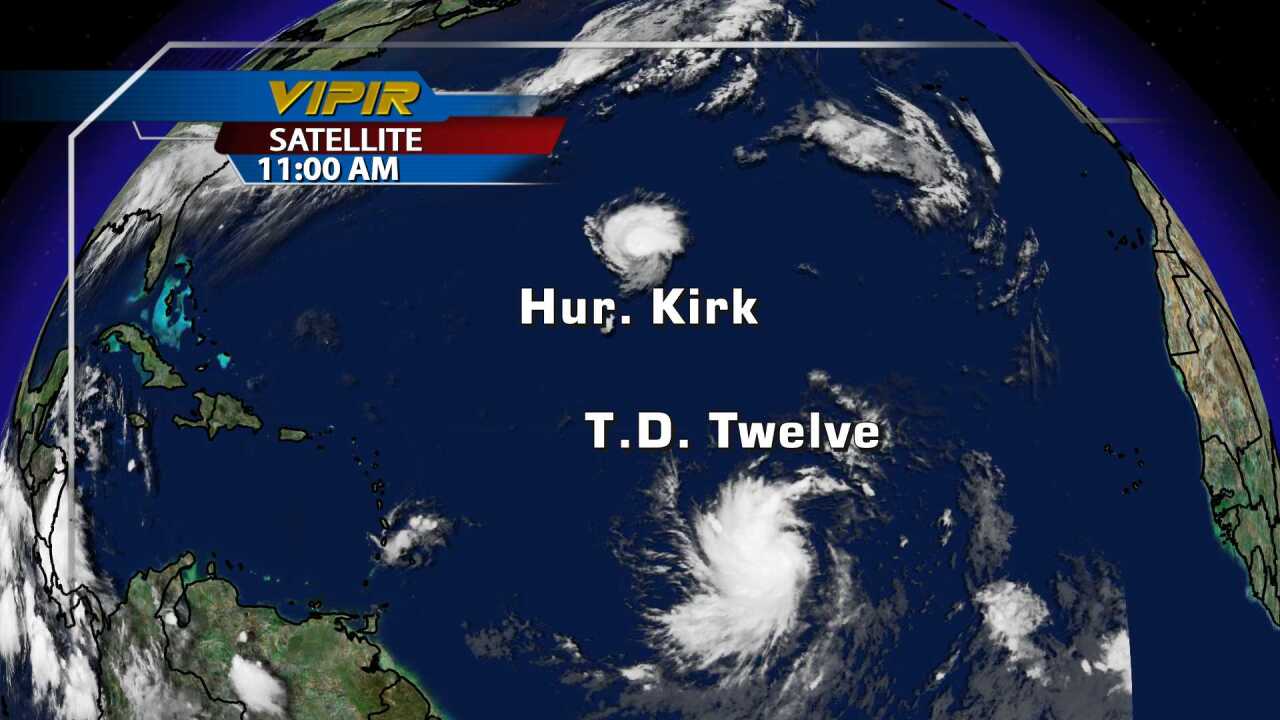 (CNN) — Isaac slashed its way farther inland Thursday, claiming its first fatality and stranding residents in flood-prone areas even as it threatened to wreak more havoc in the days to come.

Although the tropical storm was downgraded to a tropical depression Thursday afternoon, pounding rains were still drenching a large swath of the Gulf Coast.

An earthen dam at 700-acre Lake Tangipahoa in Mississippi has not breached, but does have significant damage, according to the Pike County Emergency Management Agency.

Agency director Richard Coghlan told CNN a relief cut is expected to be made on one side of the lake in Percy Quin State Park to relieve pressure and drain it over the next several days.

Residents of 19 houses and seven mobile homes, along with three businesses, below the lake were asked to evacuate.

The Mississippi Emergency Management Agency does not expect a catastrophic event, said spokesman Greg Flynn. Coghlan agreed with that assessment.

Downstream in Louisiana, Tangipahoa Parish President Gordon Burgess called for a mandatory evacuation within a half mile of the Tangipahoa River.

Louisiana Gov. Bobby Jindal said the move was a precaution because if the dam were to break it would only take 90 minutes for flood waters to get to Kentwood, a town of about 2,200 residents. “Listen to your local leaders,” he said of orders and warnings.

The river was observed at more than 17 feet Thursday morning — more than two feet above flood stage, the National Weather Service said, predicting that the river will go as high as 19.5 feet by Friday.

Near Kentwood, it was above 12 feet Thursday morning and could go as high as 17 feet — four feet above flood level in the area, the weather service said.

Officials predicted that a planned breach would send much of the water into a heavily forested area and not flood Louisiana towns, Jindal said.

Xanvanica Brumfield was among the evacuees at a school gymnasium in Kentwood. She and her four children left their home as high waters rolled in.

The storm has had a “major impact” on Mississippi, Gov. Phil Bryant told CNN in Gulfport. “This is a man-made beach,” he said, indicating the area where he was standing. “Most of that sand is gone. Thousands of homes have been damaged; people have been out of their homes and will be.”

A tow truck driver attempting to clear debris on a road in Mississippi was struck by a falling tree, officials said. The incident took place at midnight, said Amanda Harris, deputy director of the Pearl River County Emergency Management office. The National Weather Service said it received reports of the fatality in Picayune.

On Louisiana’s border with Mississippi, residents of Washington Parish were alerted that the Bogue Chitto River was expected to rise by 14 feet overnight.

To the southwest, in St. John the Baptist Parish, National Guard troops looked for people stranded after thousands were forced to flee when a surge forced water over the banks of Lake Pontchartrain.

“What we’re doing is we have got law enforcement and fire personnel who are going door to door to notify people,” Tommy Thiebaud, the Washington Parish director of emergency services, told CNN.

Some areas could see 25 inches of rain, the National Weather Service said.

Isaac’s maximum sustained winds had dropped to 35 mph as of Thursday afternoon and it was moving north-northwest at 12 mph, the service said.

“On the forecast track, the center of Isaac will continue to move over Louisiana today, over Arkansas on Friday and over southern Missouri Friday night,” forecasters said.

In Plaquemines Parish, southeast of New Orleans, 3,000 people remained in an area close to an 8-foot-tall levee that was threatened by rising waters, Jindal’s office said.

About 100 people who had ignored an evacuation order were rescued Wednesday in a flooded part of the parish, officials said. On Thursday, authorities from the sheriff’s office and National Guard “will begin looking house to house to make sure they got everyone,” Parish President Billy Nungesser said.

“We didn’t have time to panic,” Rafael Delgadillo of Braithwaite, Louisiana, told CNN on Thursday. He, his wife and daughter were rescued by a neighbor Wednesday. “We were in survivor mode,” he said.

More than 915,000 customers had no electricity across Arkansas, Alabama, Louisiana and Mississippi, utility companies reported.

Water boiling advisories were issued in a number of towns and cities along the Gulf Coast.

A flash flood emergency was issued for Slidell, Louisiana. Surge flooding from Bayou Bonfouca and the W-14 canal gushed into parts of the city, and sudden inundation of up to 5 feet was possible in low-lying areas, the National Weather Service said.

“There is water all around me,” Vincent Molino, who lives in the area, told CNN in an iReport. “It looks like my home is in a lake. The area is completely flooded … pretty much the whole neighborhood has three to five feet of water. We saw a big military vehicle stop by to ask us if we are OK.”

Mississippi had 70 rescues along the Gulf Coast overnight, Bryant said.

Isaac is believed to have spawned three tornadoes overnight in Mississippi and Alabama, the weather service said.

Tornadoes are suspected to be behind damage in Gulfport and Jackson, Mississippi, while a twister is blamed for knocking down power lines and damaging a home in Geneva, Alabama.

President Barack Obama signed major disaster declarations for Louisiana and Mississippi after slow-moving Isaac pummeled the Gulf Coast, dropping more than 20 inches of rain in some locations and creating a dangerous storm surge.

Isaac made landfall as a Category 1 hurricane seven years after Hurricane Katrina swept ashore in Louisiana and Mississippi. Katrina is blamed for the deaths of 1,800 people, most in New Orleans after the levee system failed and the city flooded.

The city reported relatively minor damage from the storm, but officials said there were at least a dozen incidents of looting. New Orleans Police said arrests were made in each case, but didn’t specify how many people were involved or where the arrests occurred.

Still, New Orleans was expected to face some pounding rain throughout Thursday.

“This storm took forever to get here, and now it doesn’t want to leave,” said Lt. Col. Jerry Sneed, deputy mayor in charge of public safety.

National Guard troops and authorities searched St. John the Baptist Parish for people trapped by up to 6 feet of water.

By late Wednesday, about 1,500 people had been evacuated from the parish, and another 1,500 were expected to leave their homes, Jindal’s office said.

Dozens of buses moved residents out of flooded portions of the parish, while authorities worked to rescue others.

“We’re continuing to rescue people from different areas throughout the parish,” Paige Falgoust, communications director for St. John the Baptist Parish, said early Thursday. “Our main focus right now is getting people out of their homes.”

The storm surge from Lake Pontchartrain came quickly and “in a different way from what we were expecting,” Falgoust said.

The surge was unusually bad in LaPlace, about 25 miles northwest of New Orleans, where many people had been rescued or still needed to escape rapidly rising water. By Thursday morning, at least 200 rescues had taken place, parish officials said.

Airports from Baton Rogue to Biloxi were closed until at least Thursday as the stubborn storm continued to saturate the region.