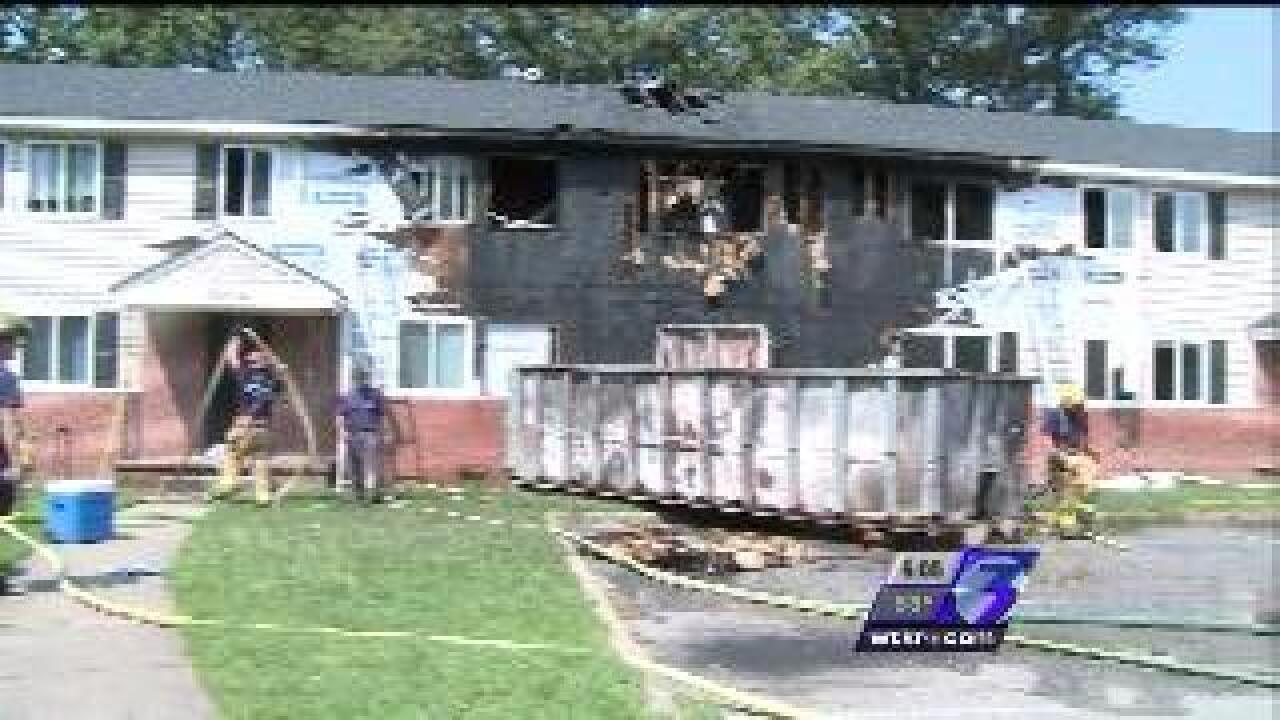 There was a fire on Friday in the 2600 block of Yale Court in Chesapeake.

Officials say at least 8 units were damaged, and up to 16 people have been displaced.

Officials say the cause of the fire does not seem suspicious at this point. They believe the fire started in a dumpster outside of the building and spread to the units.

The apartment complex is working with the residents to make sure everyone has somewhere to sleep tonight. At least two of the 8 units damaged were vacant.