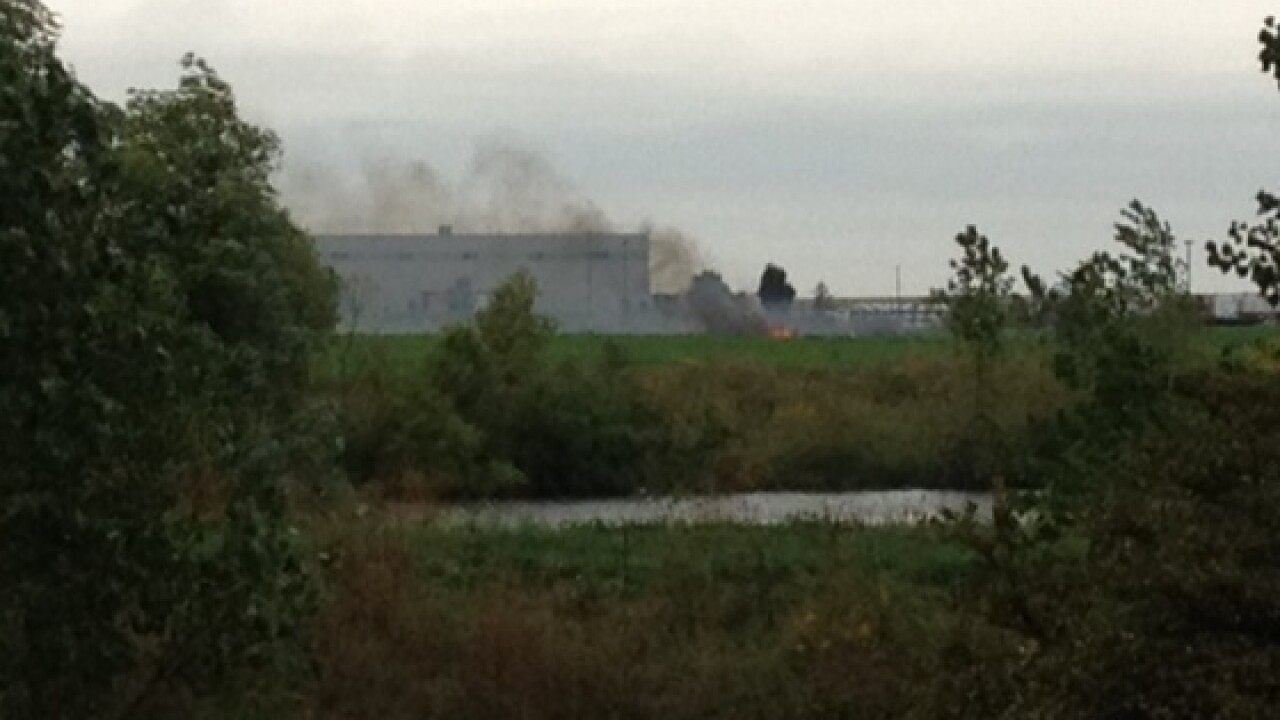 (CNN) — A plane performing at an air show in Davenport, Iowa, crashed and exploded in front of thousands of spectators.

The pilot of the plane was killed in the accident Saturday afternoon when the plane nosedived into an alfalfa field during the Quad City Air Show, officials said.

The pilot, who died on impact, was not immediately identified by authorities.

The pilot was a member of the Hopper Flight, a group of exhibition fliers, Schaeffer said.

A home video taken by a spectator showed what appeared to be three airplanes flying in formation when one appeared to experience a problem.

Seconds later, the plane hit the ground and exploded in a giant fireball.

“Ladies and gentlemen, please keep your seats,” an announcer can be heard saying on the video obtained by CNN affiliate KWQC.

“We have training and personnel on board to handle these situations.”

The crash is under investigation by the Federal Aviation Administration and the National Transportation Safety, officials said.

The air show was temporarily halted after the crash, with “Taps” being sounded as aircraft flew in formation over the crowd.

The crash occurred just days after federal investigators released their findings behind the cause of a crash last September at the National Championship Air Races in Reno, Nevada, that killed a pilot and 10 spectators. More than 60 others were injured in the crash.

Investigators found that unprecedented speed and worn aircraft parts were being the accident.