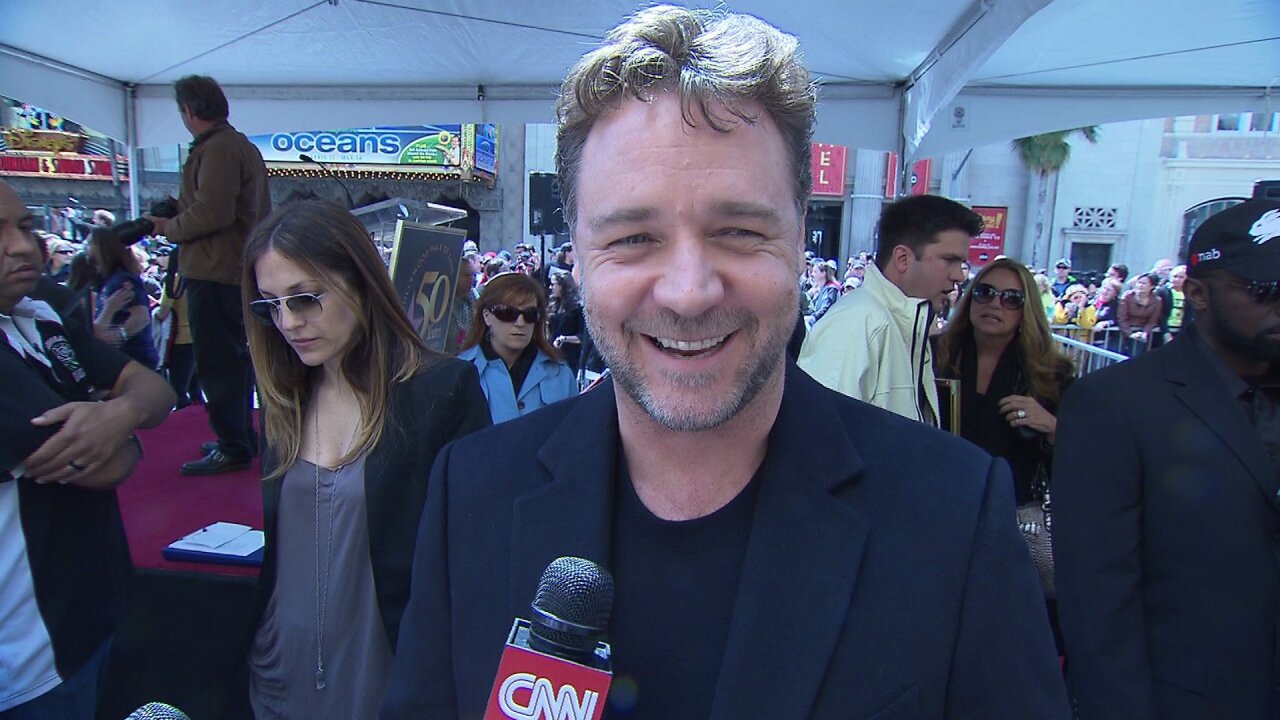 Framegrab from an interview with actor Russell Crowe on the day he received a star on Hollywood’s Walk of Fame.

NEW YORK (CNN) — In his many blockbusters, actor Russell Crowe plays the man of the hour, swooping in to the rescue. But this weekend, he needed a little help of his own.

The Coast Guard plucked the actor and his friend from the waters off New York’s Long Island after the pair lost their way while kayaking.

Coast Guard personnel were on a routine patrol in the area when they heard one of the two calling for help Saturday night, Petty Officer Anthony Kozak said.

Crowe paddled out on his kayak to the Coast Guard boat, and hitched a ride back with them into Huntington Bay.

“They were just lost in the area after nightfall,” Kozak said. “Wasn’t really a rescue of sorts, more of an assist. Nobody called 911 or anything. The Coast Guard happened upon the situation.”

No one was injured, and Crowe seemed like an experienced kayaker, Kozak said.

The Oscar-winning actor thanked “Seth and the boys from the U.S Coast Guard for guiding the way” on his official Twitter feed.

In another tweet, he made light of the experience: “Not lost, we knew where exactly where we were … we ran out of day.”

Crowe won an Academy Award for best actor in “Gladiator.” He has appeared in various movies, including “Robin Hood,” “The Insider,” and “A Beautiful Mind. “