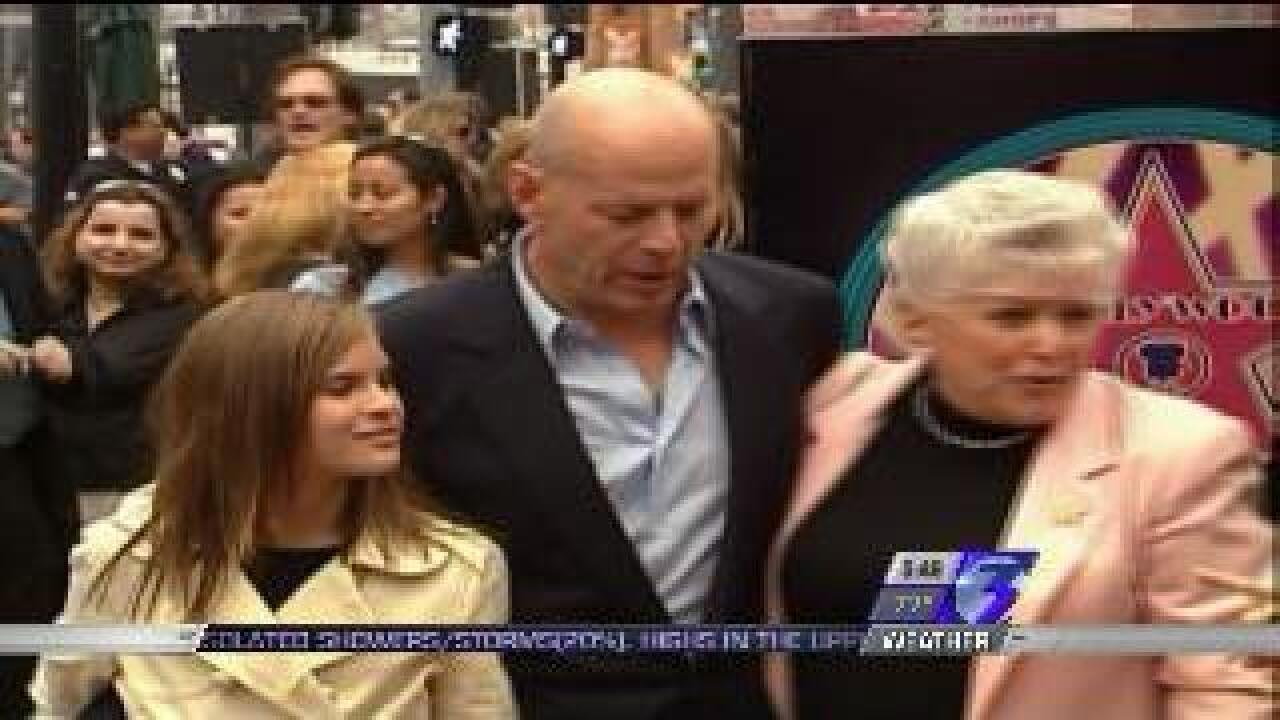 (CNN) — Bruce Willis has vanquished terrorists, basement rapists and the defenses of Cybill Shepherd. But in his three decades in Hollywood he may not have faced as daunting an opponent as Apple.

According to an unconfirmed report in a British publication, Willis wants to bequeath his extensive iTunes music collection to his daughters — something that’s not permitted under the current iTunes terms.

The Daily Mail says the actor has spent thousands of dollars downloading music on to “many, many iPods” but, like many iTunes users, was surprised to discover that in Apple’s eyes he doesn’t actually own the songs. The Mail, without citing any sources, says Willis is considering legal action against Apple to gain control over the music.

CNN could not confirm the report Monday, and a request sent to representatives for Willis was not immediately returned. The “Die Hard” actor’s wife, Emma Heming-Willis, cast doubt on the report when she said Monday on Twitter, “It’s not a true story.”

But the news reports, exaggerated or not, do raise potentially significant issues about ownership of digital music and whether someone could pass on digital assets to heirs.

Apple’s terms and conditions for iTunes are an exhaustive, jargon-filled document that users must “agree” to before downloading content but that many people don’t bother to read.

In simplified terms, they state that when we buy music from iTunes, we are paying for the license to listen to songs via our iPhone, iPod or other Apple device. But we are not buying the music itself.

“When you buy a book, you own the copy of that book but not the actual material,” Jonathan Handel, a Los Angeles-based entertainment attorney who specializes in digital media and intellectual property, told CNN last year. “What you are buying here is right to use music on certain devices.”

If Willis did take on Apple over ownership of his iTunes collection, he might have an uphill legal battle. The iTunes terms are essentially a contract between the user and Apple, and clicking “Agree” counts as an electronic signature, digital-media lawyers say.

Nothing would stop Willis from leaving music-loaded laptops or phones to his children, although things would get more complicated if his kids tried to transfer the songs to other devices. Apple limits use of digital music to Apple gadgets used by the iTunes account holder. Apple also prohibits users from downloading songs to more than 10 devices, or burning a playlist more than seven times.

Apple did not respond Monday to a request for comment. The company’s formidable legal team last month won a $1 billion judgment against rival Samsung in a patent dispute.

Other online music retailers, such as Amazon and Google Play, impose similar restrictions on downloads.

Willis was trending on Twitter Monday, with some commenters poking fun at the issue. Wrote one Twitter user, “I don’t know what’s more shocking Bruce Willis suing Apple … or the fact he actually read the Terms and Conditions.”