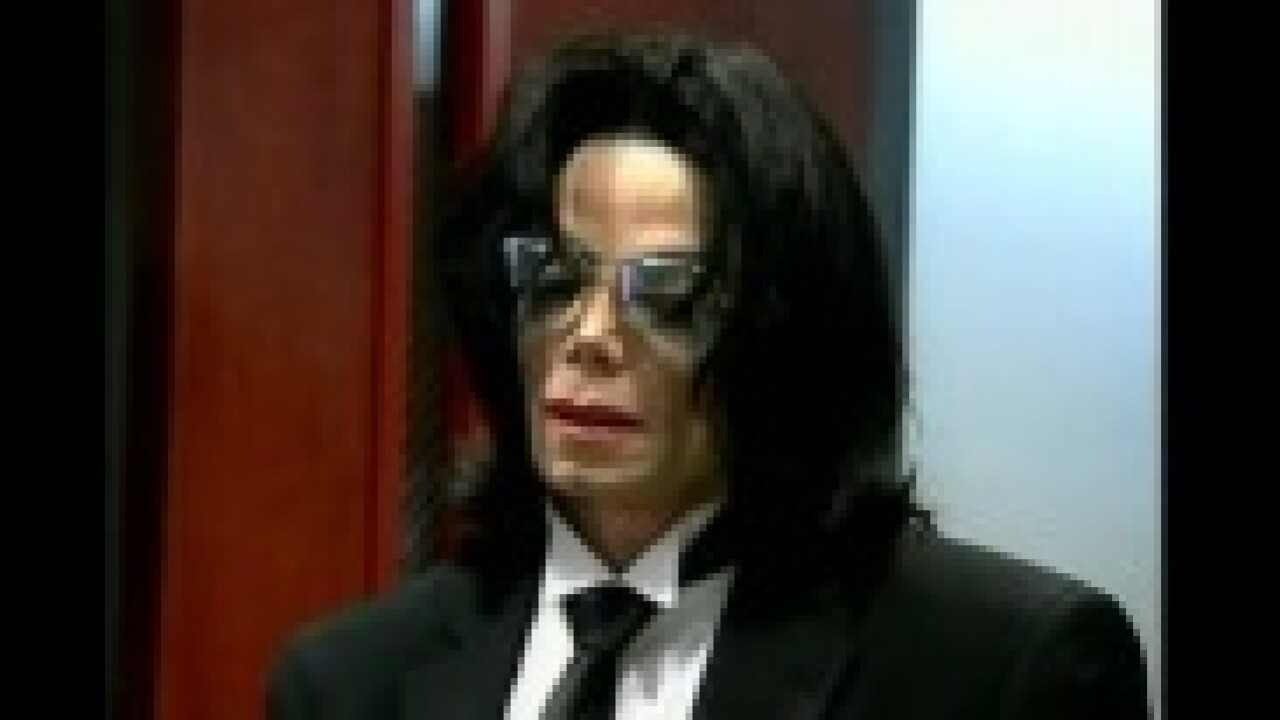 LOS ANGELES (CNN) — Dramatic e-mails about Michael Jackson’s condition before his death were leaked to a reporter by a businessman who just settled a copyright lawsuit with Jackson’s estate, that businessman told CNN.

The admission by Howard Mann that he provided the controversial documents to the Los Angeles Times contradicts a claim by lawyers for concert promoter AEG Live that they have “unequivocal evidence” showing that Jackson’s mother and her lawyers leaked the e-mails.

The source of the leak is crucial to the wrongful death lawsuit filed by Katherine Jackson and the late pop star’s three children since the judge in the case ordered the documents sealed.

AEG’s lawyers filed a motion Monday asking the judge to impose tough sanctions on the Jacksons, including fines and preventing them from using the e-mails as evidence in their effort to prove the promoter contributed to Jackson’s death as he prepared for comeback concerts in 2009.

AEG did not immediately respond to CNN’s request for comment about Mann’s claim of responsibility for the leak.

“We were able to learn today that apparently Howard Mann has admitted that he was the source, and that he definitely never received any documents from Katherine, Prince, Paris, or Blanket Jackson, nor from their lawyers in the wrongful death suit against AEG,” said Jackson lawyer Kevin Boyle.

Boyle criticized AEG’s lawyers for their haste in pointing the finger at the Jacksons.

“AEG made these accusations against the Jackson family and their lawyers apparently without doing even the most rudimentary investigation,” Boyle said. “We are further disturbed that the motion for sanctions filed by AEG was given to the press before it was served on Katherine Jackson or her counsel.”

If the AEG lawyers had reached out to the Jackson lawyers earlier, they could have helped solve the mystery of the leaked documents, he said.

“AEG has known about the alleged leak since a week before the article was published,” Boyle said. “AEG never contacted the Jackson’s counsel to inquire about the article or the documents.”

The e-mails revealed the promoter for Jackson’s “This Is It” concerts expressed doubts about the star’s ability to be ready for the shows but expressed confidence in the private doctor eventually convicted in Jackson’s death.

AEG Live President Randy Phillips was responding to show director Kenny Ortega’s e-mail, which said Jackson had “strong signs of paranoia, anxiety and obsessive-like behavior” and suggesting they hire a “top Psychiatrist in to evaluate him ASAP.”

Jackson died on June 25, 2009, from what the Los Angeles County coroner ruled was an overdose of a surgical anesthetic and sedatives, drugs that Dr. Conrad Murray told police he used to help the entertainer sleep as he prepared for the concerts set to start two weeks later.

Murray was convicted of involuntary manslaughter and sentenced to four years in prison last year.

Mann, who once partnered with Katherine Jackson on a book and documentary about her family, said he obtained the documents from various sources, but none of them came from the Jacksons or their lawyers.

He gave them to reporter Harriet Ryan because he wanted the story of Jackson’s death to be told, Mann said. Mann’s company settled a copyright dispute with Jackson’s estate over use of Jackson’s images this week.

Ryan, who kept the source of the documents secret in her story, did not immediately respond to CNN requests for comment on Mann’s claim that he gave them to her.

AEG lawyer Marvin Putnam went on a public relations and legal offensive against Katherine Jackson and her lawyers this week in response to Ryan’s article and the subsequent stories by other news outlets, including CNN.

But Mann said he got the e-mails from several sources, including Jackson fans who contacted him. Some of the documents were part of discovery in other cases, including the criminal trial of Dr. Murray, he said.

Boyle, the Jackson lawyer, also told CNN that other parties had the same documents, including lawyers involved in an ongoing insurance case against AEG.

Lloyds of London seeks to void a $17.5 million policy that AEG purchased in case Jackson was not able to perform the 50 shows scheduled for London’s O2 Arena. The insurer contends AEG hid Jackson’s health problems and failed to respond to repeated requests for his medical history.

“Katherine, Prince, Paris and Blanket Jackson and their lawyers deny AEG’s allegations that we gave any protected documents to the press,” Boyle said.

The documents made public in the Los Angeles Times story are not the most damaging to AEG that were uncovered, Boyle said.

“We can assure you that we are in possession of documents that make for an extremely compelling story in the wrongful death case, and that completely support the plaintiffs’ claims,” he said.

AEG Live’s president called Jackson’s death “a terrible tragedy” in an e-mail weeks after he died, he added “but life must go on.”

“AEG will make a fortune from merch sales, ticket retention, the touring exhibition and the film/dvd,” Phillips wrote. In fact, AEG Live was allowed to sell Jackson tour merchandise and share in the profits from the documentary “This Is It,” produced from rehearsal video.

The e-mails suggest AEG Live’s president saw Jackson’s problems first hand the day the pop star was to appear at the O2 Arena to publicly announce the shows.

“MJ is locked in his room drunk and despondent,” Phillips wrote in a March 5, 2009, e-mail to AEG Live’s parent company, the paper reported. “I (am) trying to sober him up.”

“I screamed at him so loud the walls are shaking,” Phillips wrote. “He is an emotionally paralyzed mess riddled with self loathing and doubt now that it is show time.”

The promoter blamed London traffic when Jackson was 90 minutes late for the announcement that day.

“He’s as healthy as he can be — no health problems whatsoever,” Phillips told CNN two months later to refute reports Jackson’s health was threatening the concerts.

“We cannot be forced into stopping this, which MJ will try to do because he is lazy and constantly changes his mind to fit his immediate wants,” AEG Live executive Paul Gongaware e-mailed to Phillips.

Jackson’s missed rehearsals in June triggered concerns in e-mails that he was slow in learning his dance routines and would have to lip-sync on stage, the newspaper reported.

“MJ is not in shape enough yet to sing this stuff live and dance at the same time,” one e-mail from the show’s music director read, the paper reported.

A production manager wrote: “He was a basket case. Doubt is pervasive.”

A loud warning from Ortega, who worked closely with Jackson on previous tours, came in mid-June, just over a week before his death.

“It is like there are two people there. One (deep inside) trying to hold on to what he was and still can be and not wanting us to quit him, the other in this weakened and troubled state,” Ortega wrote. “I believe we need professional guidance in this matter.”

Ortega testified at Murray’s trial about his concerns about Jackson’s frail condition and missed rehearsals. It resulted in a meeting six days before Jackson’s death in which Murray assured the promoters he would have Jackson ready for rehearsals that next week.

An e-mail from Phillips after that meeting said he had confidence in Murray “who I am gaining immense respect for as I get to deal with him more.”

“This doctor is extremely successful (we check everyone out) and does not need this gig, so he (is) totally unbiased and ethical,” Phillips’ e-mail said.

The correspondence could play a role in the wrongful death lawsuit, which accuses the promoter of contributing to his death by pressuring him to prepare for the concerts despite his weak condition.