Man in critical condition after his SUV explodes 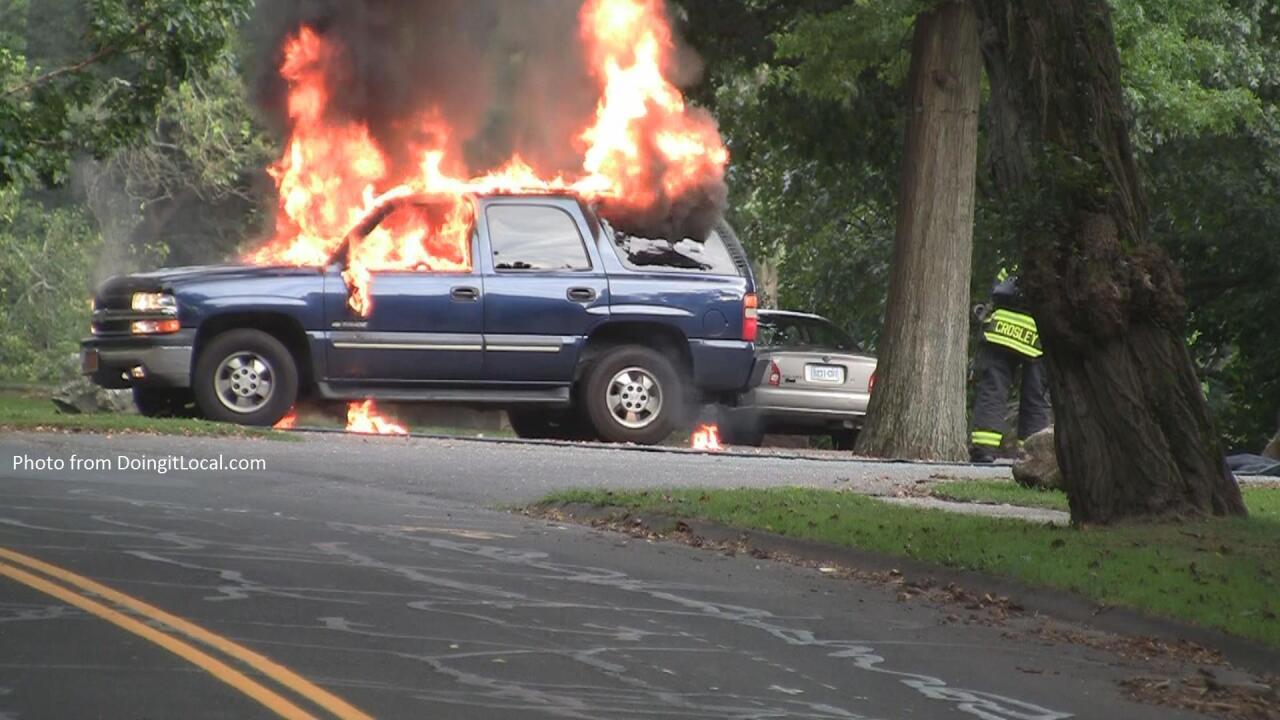 A 23-year-old man was in a critical condition in a hospital burn unit after his SUV exploded in flames, NBCConnecticut.com reported.

“We were just trying to tell him to stop, drop and roll a few times,” Peter Porrazzo said.

Porrazzo was part of a group of parents and coaches at a Little League game who witnessed the explosion and fire.

Hervey caught on fire while trying to escape from his burning Chevy Tahoe at the Tunxis Hill Park baseball field around 6:30 p.m. on Thursday near where Little Leaguers were playing ball, according to police.

A coach was finally able to grab Hervey and drag him to the ground.

Porrazzo even grabbed a case of Diet Pepsi and began to pour the soda on Hervey to douse the flames.

Hervey suffered burns to most of his body and was taken to the Bridgeport Hospital burn unit, where he is in critical condition.

One of the people who helped the victim also suffered burns and had to be treated.

“The fact that they took it upon themselves to risk their lives in putting out someone who’s on fire, is a really heroic act,” Fairfield Police Lt. James Perez said.

Police are investigating the cause of the explosion and fire.

Fairfield police also released the 911 calls reporting the fire. Some calls are calm as they tell emergency crews that a man was engulfed in flames after emerging from a burning car. Others are frantic pleas for assistance.

“There’s somebody on fire, a car exploded or something,” one woman told dispatchers.

“A car’s on fire?” the dispatcher asked.

“No, a person is on fire, a person went running and they’re completely engulfed in flames,” the caller said.

“There’s a person on fire, ma’am?” the dispatcher asked.

“Yes … they are running toward the baseball field,” she said.

Another caller calmly relayed the information and said some fathers were taking care of the victim.

“There was a car accident and somebody’s on fire, and we need an ambulance,” one caller calmly reported and instructed emergency workers to come to the upper field. “He stepped out of the car, but he was on fire.”