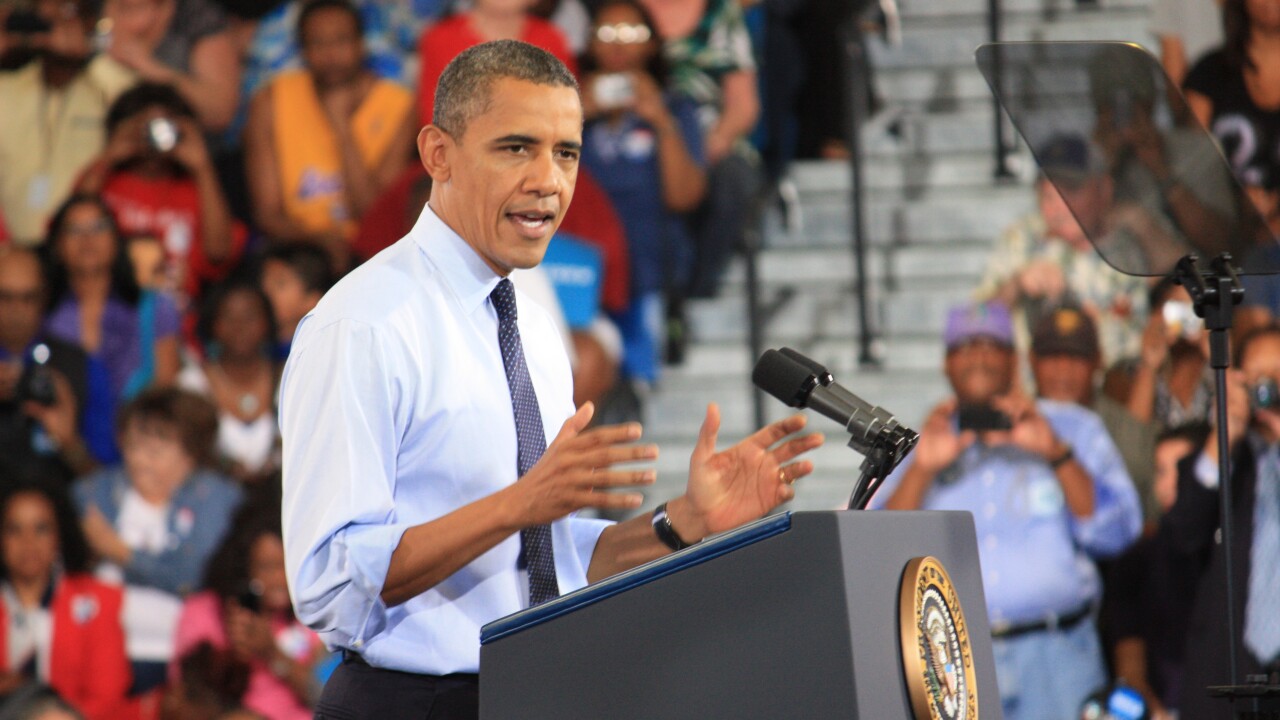 According to a CNN/ORC International Poll released Monday, 52% of likely voters nationwide back the president, compared to 46% for Romney. Just before the convention in Charlotte, North Carolina, Obama was tied with Romney 48%-48%.

While the survey shows several changes coming out of the last two weeks, it’s important to note that post-convention bounces have often proven to be temporary in past elections. A candidate may get a mild boost after a party gathering, but the question is whether the White House hopeful can sustain the momentum in the following weeks.

“The advantage of going second is you get the last word,” an Obama campaign official told CNN reporters covering the Charlotte convention last week.

In fact convention bounces have become increasingly modest in the 21st century, so much so that Obama’s four-point boost is considered high compared to other candidates in the last eight years. Romney’s support increased only one point after this year’s GOP convention, and Sen. John McCain gained no ground at all after the 2008 Republican event.

This year’s Democratic event wiped away some of Romney’s gains on personal qualities. The Republican nominee’s favorable rating increased to 53% after the GOP convention, but fell to 48% one week later after the Democratic event. Meanwhile, Obama rose to 57% in the last week, his highest mark since 2010.

Another takeaway from the two conventions was that Obama seemed to come out as the candidate with a more specific plan to help the country. Before the Republican event, 45% thought Romney was more likely to have a clear plan, while only 39% felt the same about the president. Now the two have switched places, with 45% saying Obama has a clear plan, compared 39% saying the same about Romney.

Indeed, the two events stood in contrast in terms of messaging. The Republican convention, including Romney’s speech on the final night, was highly critical of Obama, and speakers repeatedly warned of another four years under his leadership.

“You know there’s something wrong with the kind of job he’s done as president when the best feeling you had was the day you voted for him,” Romney said in one of the most pivotal moments of his speech.

Meanwhile, the Democratic convention sought to bolster Obama’s work over the last three and a half years, particularly highlighting his role in the auto bailout largely credited with saving the auto industry and his signing-off on the raid that killed Osama bin Laden.

Responding to recent poll numbers, Romney’s pollster Neil Newhouse warned against getting “too worked up about the latest polling.”

“While some voters will feel a bit of a sugar-high from the conventions, the basic structure of the race has not changed significantly. The reality of the Obama economy will reassert itself as the ultimate downfall of the Obama Presidency, and Mitt Romney will win this race,” Newhouse said in a memo released by the campaign.

“We have always believed that this will be a very close race and that continues to be the president’s belief as well as the belief of those around him,” Carney said in the White House daily press briefing.