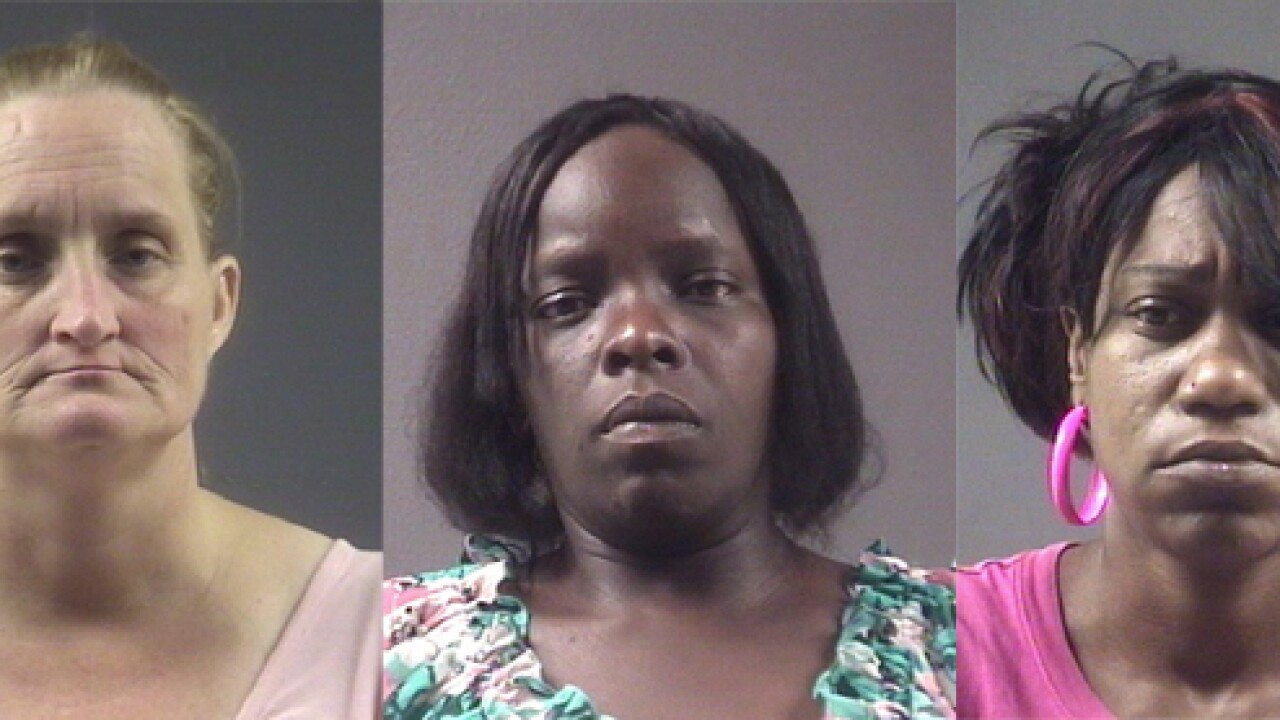 According to police, several women were arrested after a prostitution bust in Portsmouth last Friday night into Saturday.

Marie Angela Byrum, 45, April Nicola Scott, 33, and Sabrina A. Stackhouse, 41, were all arrested during the operation.

Police say Jennifer J. Broadous, 41, was released on a summons. Police say she jumped in a car with an undercover officer and was arrested in the 1400 block of Charleston Avenue.