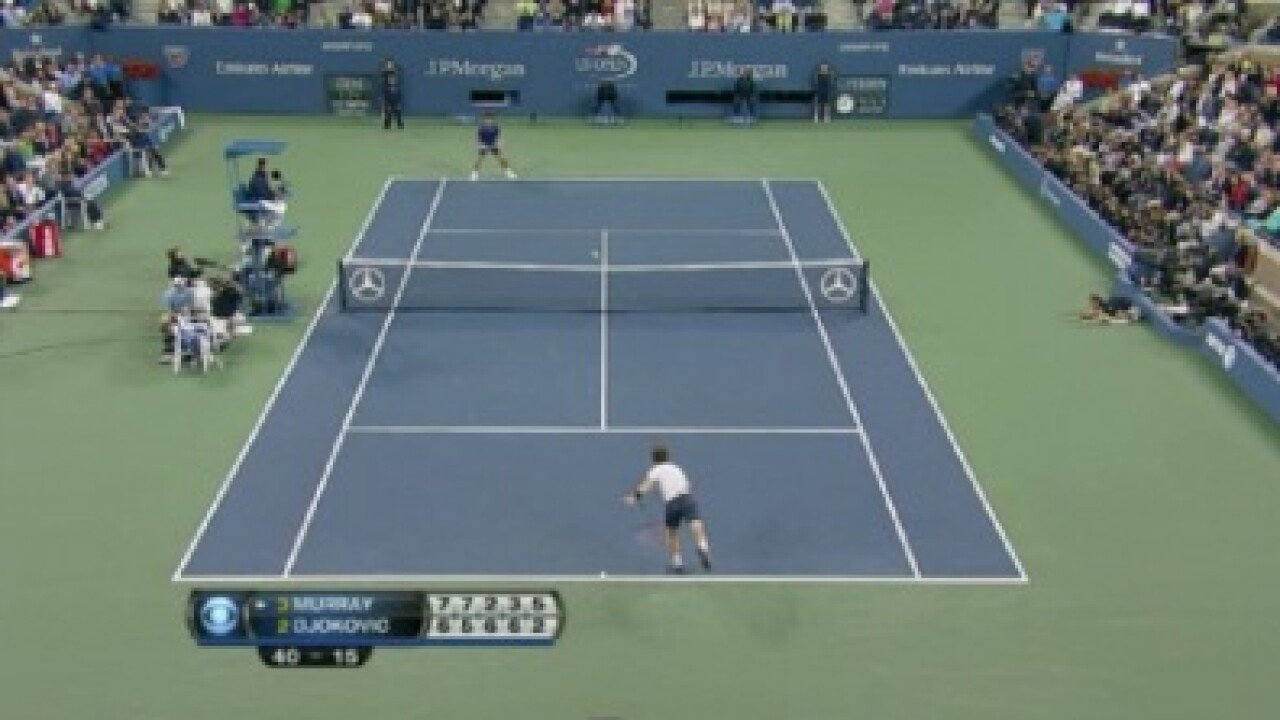 (CNN) — Andy Murray became the first British man to win a Grand Slam final since Fred Perry in 1936, after defeating Novak Djokovic in the final of the U.S. Open.

The Scot even surrendered a two-set lead during a five-set thriller that lasted almost five hours, before he regained his focus to win 7-6 (12-10) 7-5 2-6 3-6 6-2 in swirling winds at Flushing Meadows.

It proved to be fifth time lucky for the Olympic champion, who — like his coach Ivan Lendl — had lost his previous four Grand Slam finals.

Murray will now replace the injured Rafael Nadal as World Number 3 in the official men’s rankings.

“It was incredibly tricky conditions and in the third and fourth sets, it was really tough because Novak is really strong and fights all the way,” said Murray after the match.

“It was close to five hours. I have always had tough matches with him.”

“He was one of the greatest,” Murray said. “He has helped me through the tough times as have all of my team. It’s the best feeling for me, I’ve had an unbelievable summer.”

After narrowly losing the first two sets, Djokovic proved why he was the defending champion, as he battled back to take the third and fourth sets with apparent ease as far as the scoreboard was concerned — though in reality both players fought tooth and nail for every single point.

Though the momentum appeared to be with Djokovic, Murray refused to give up and summoned his earlier verve and aggression to put his visibly tiring opponent on the back foot once again.

Not even a late pause for treatment on the Serb’s cramping leg could prevent Murray from closing in on the prize British tennis has coveted for 76 years, much to the delight of the crowd inside the cavernous Arthur Ashe Stadium.

With Murray clearly stunned by events, Djokovic was quick to pay pay tribute to his great friend and rival.

“It wasn’t to be and I want to congratulate Andy on a first Grand Slam. He deserves it,” he said.

“I tried my best and I gave it my all. It was another tremendous match and I am proud to have been part of it. It went to the last moment.”