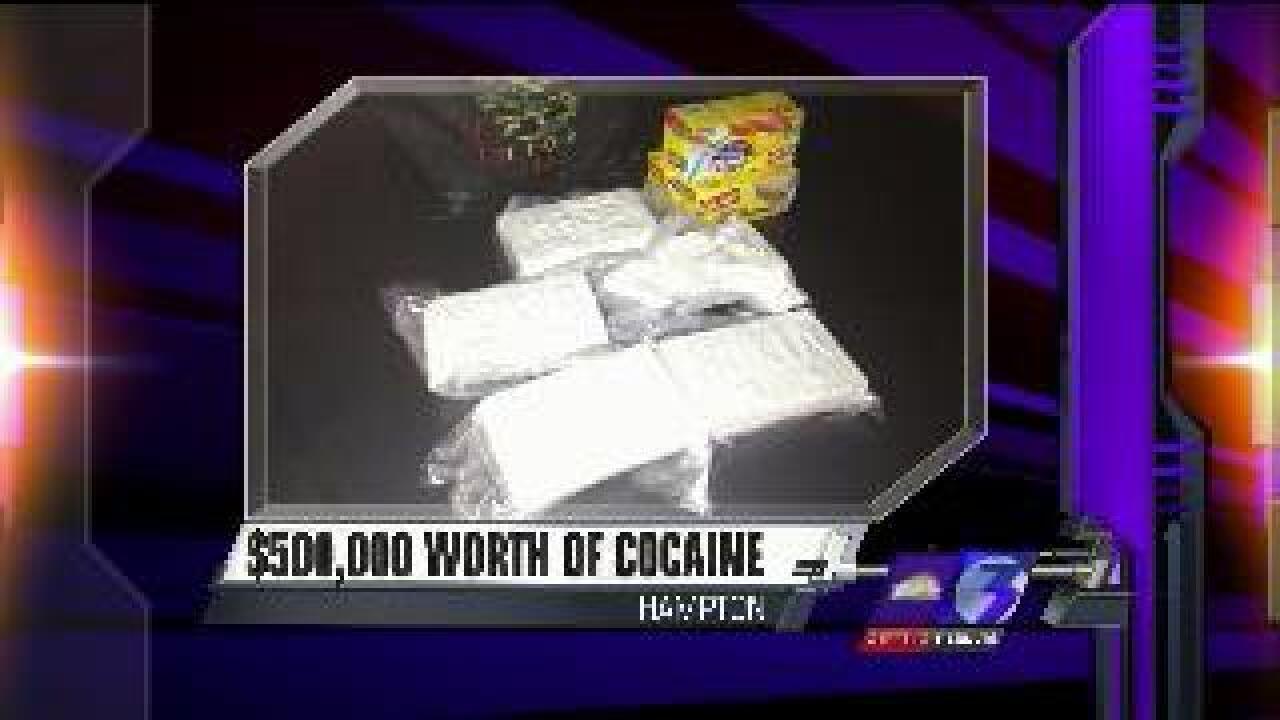 Hampton, Va. – Hampton police seized five kilos of cocaine and over $400,000 in cash after pulling over a car near the intersection of I-64 and I-664 on Thursday.

Detectives assigned to the Special Investigation Unit initially stopped the 2000 Lincoln Town Car at 08:09 p.m. for having defective equipment.

During the traffic stop, a police K-9 alerted on the vehicle for narcotics.

Police then searched the car and found five kilos of cocaine with an estimated street value of $500,000.00 in the trunk.

The driver, 37-year-old Manzais Antwan Givens of Hampton, was arrested and charged with one count of Possession of Cocaine with the Intent to Distribute.

As detectives continued their investigation they served a search warrant on a 2010 Toyota Camry in the 2000 block of Nickerson Boulevard. During the search of that car they found $400,100.00 in U.S. currency.

Givens remains in custody at the Hampton City Jail.