Remember, it’s illegal to feed deer this time of year 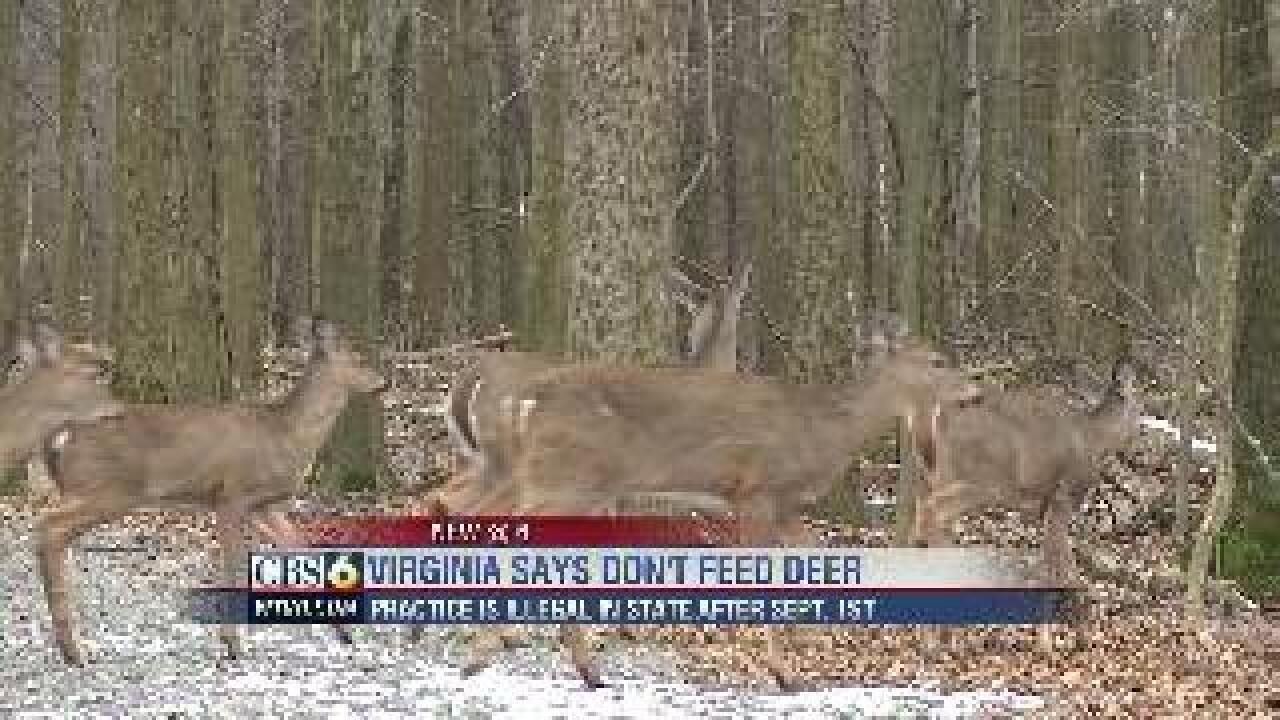 COLONIAL HEIGHTS, Va (WTVR) – Did you know it is illegal to feed deer after Sept. 1 in Virginia?

Most hunters, and some non-hunters, began feeding deer over the past couple of decades.

Hunters do it to help supplement the deer with vitamins and minerals, which help in antler growth.

The Virginia Department of Game and Inland Fishers said there are several reasons feeding deer in the Commonwealth is illegal from Sept. 1 to the first Saturday in January.

First, the law is designed to slow the increasing deer population. It also aims to curb the spread of disease and reduce deer-car collisions. Game and Inland Fisheries officials also said starvation is not a factor for deer in Virginia.

Stopping baiting is another reason behind the law. That’s when some hunters continue to provide food or supplements near their deer stand, so they have an easy shot at bagging a deer.

The department also added that by outlawing feeding during deer season, it reduces issues with Game and Inland Fisheries officers looking for those violating the law during hunting season.