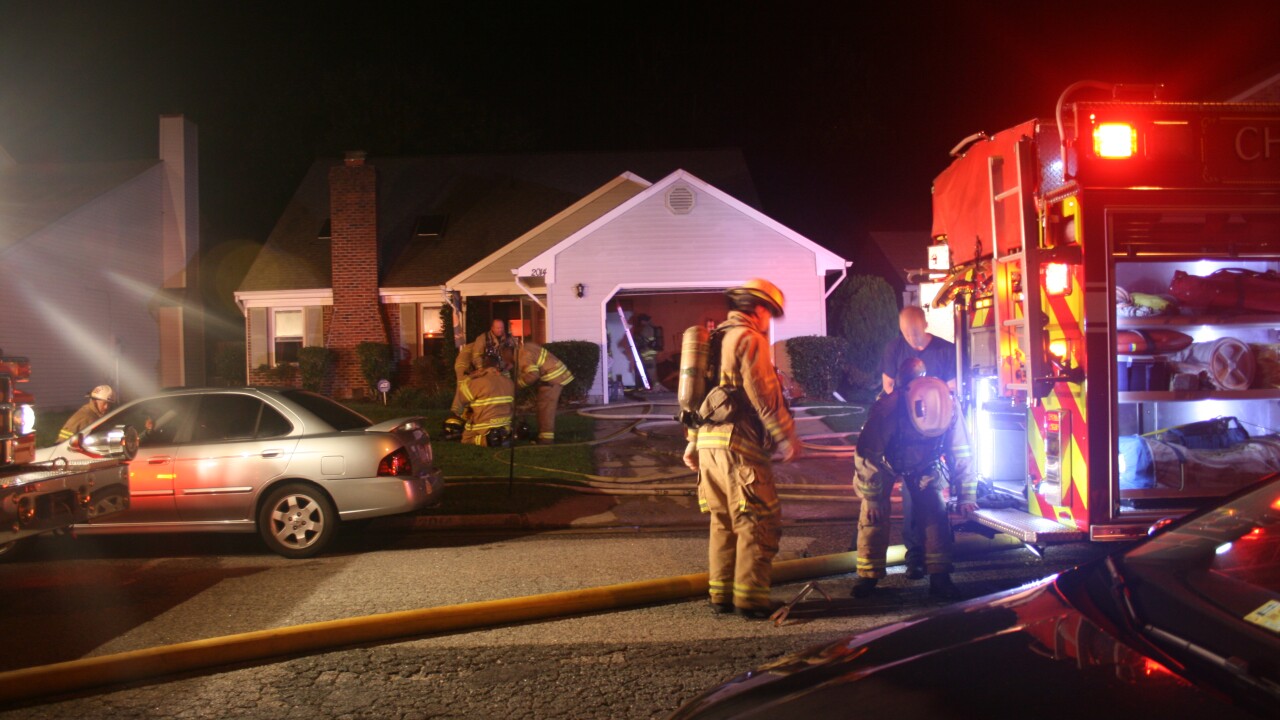 Chesapeake, Va. – A cat and two dogs perished in an electrical fire in a home Saturday night.

According to Chesapeake Fire spokesman Captain Scott Saunders, crews were called to the 2000 block of Dawnee Brooke Trail shortly after 9:00pm.

Upon arrival, they found smoke showing from the garage.

Crews located the pets and attempted resuscitation, but were unsuccessful.

Two adults and two children lived in the home, and were displaced.

They were not home at the time of the fire.